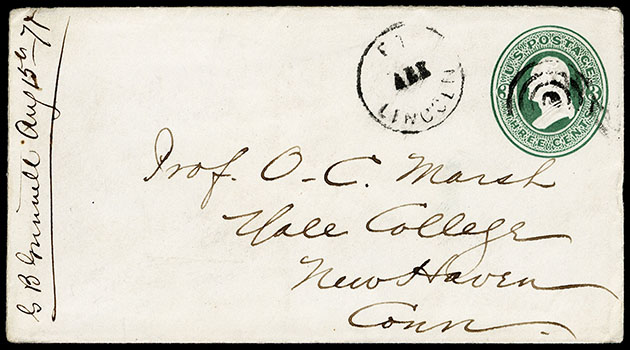 This cover was written by George B. Grinnell while on an expedition with Gen. Custer to the Black Hills where gold was discover. The addressee, O.C. Marsh was a famous paleontologist at Yale University, who is known for the so-called "Bone Wars". Marsh and his many fossil hunters were able to uncover about 500 new species of fossil animals, which were all named later by Marsh himself. 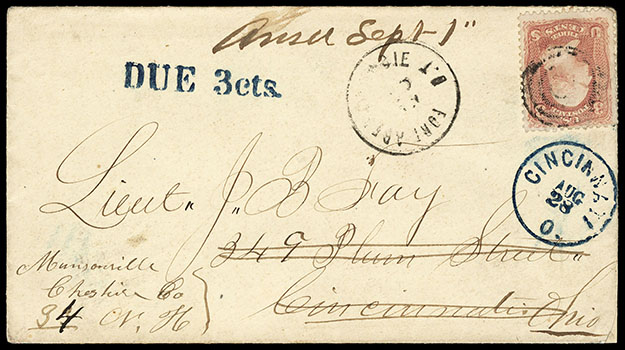 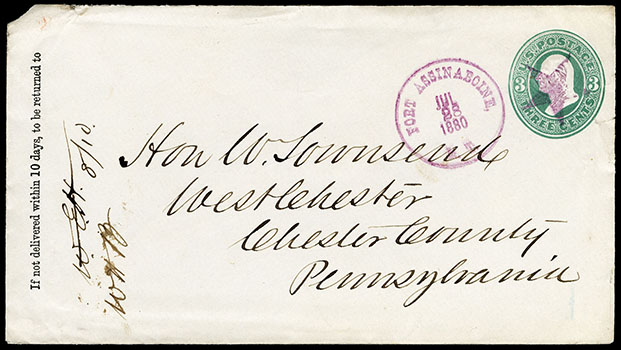 Fort Assiniboine was established in 1879 to prevent the return of Sitting Bull and the Sioux Indians from Canada. Note the early spelling of the fort. 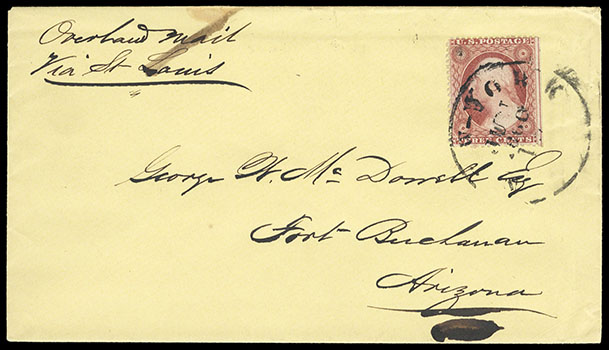 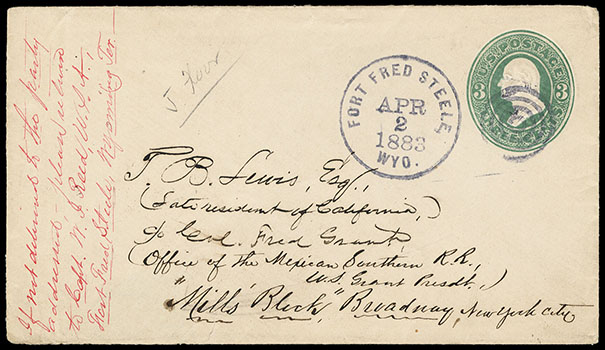 The Mexican Southern Railroad was a passenger and freight railroad in Mexico. It was chartered in 1881 by a consortium of Mexican and American investors including former President Ulysses S. Grant. Construction delays plagued the company and by 1885, it was bankrupt. 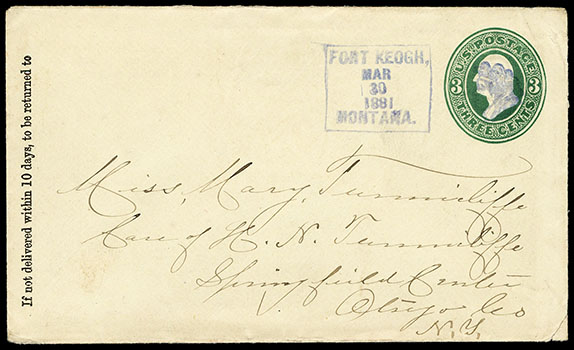 Fort Keogh was established in 1876 after the Battle of Little Big Horn as a base of operations against the Sioux Indians. The use of an Indian Head fancy cancel is quite appropriate. 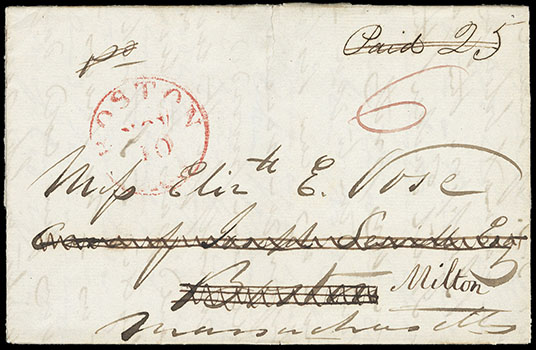 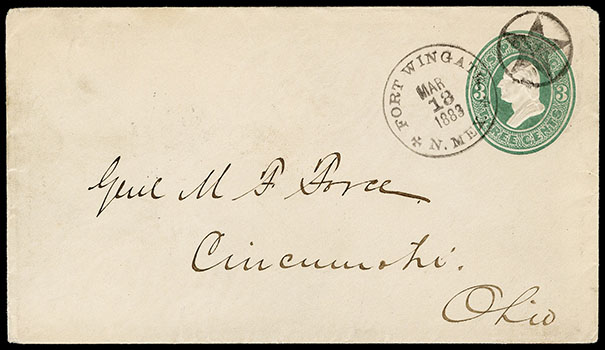 Fort Wingate, N.Mex., Mar 13, 1883, bold strike of fancy Dyke type 3 cds and encircled star cancel on 3¢ green entire to Cincinnati Oh.; original datelined letter accompanies reading in part "…Mr. Frank Cushing, the anthropologist came over from Zuni two days go, and I made arrangements with him to buy the collection you desire. He said fifty dollars would buy a splendid collection including two blankets in the loom, - things necessary to show their work. I will go over myself the latter part of April & take charge the articles and ship them to your address. I only returned from Ft. Seeden a few weeks ago…" and "P.S. Mr Cushing said he would esteem it a great favor to assemble this collection for you - and I know he can do much better than anyone else, and the collection will be satisfactory to you.", Very Fine and interesting letter about buying Zuni Indian blankets from Cushing, ex-Dike, Beales.
Estimate    $200 - 300.

Frank Hamilton Cushing (1857-1900) was an American anthropologist famous for his study of Zuni Indian culture. Cushing was an expert on the process of making various Native American artifacts and a pioneer in anthropological study of a culture by living among its people. 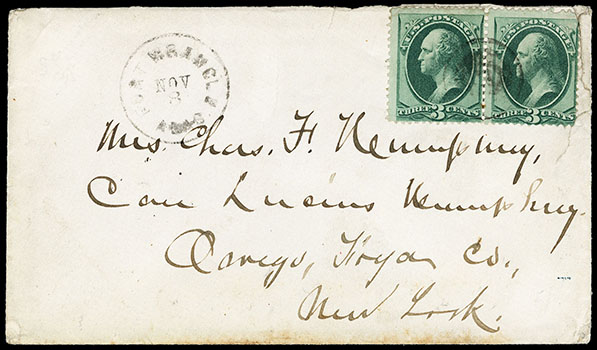 After the purchase of Alaska from Russia in 1867, Alaska was administered by the U.S. Army. Due to sparse population, it was not organized as a territory until 1918. Variously spelled Wrangel, Wrangle or Wrangell, this small fort did not have a post office until 1871. 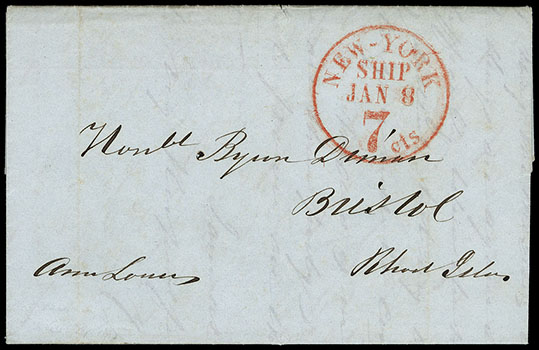 (Mexican-American War, 1846-1848) "Consulate of the US, Vera Cruz 12 Dec 1845", dateline on blue folded letter from U.S. Consul F.M. Diamond to Lt. Gov of R.I. Byron Diman at Providence, carried by private ship to New York, entered mails with bold red "New-York, Ship 7 cts, Jan 8" integral ship cds, interesting content reads, "…Our minister reached the city safe without being robbed. I have every reason to believe that our affairs with Mexico will be amicably settled…", Very Fine, This was sent 5 months prior to the Mexican-American War breaking out.
Estimate    $200 - 300.