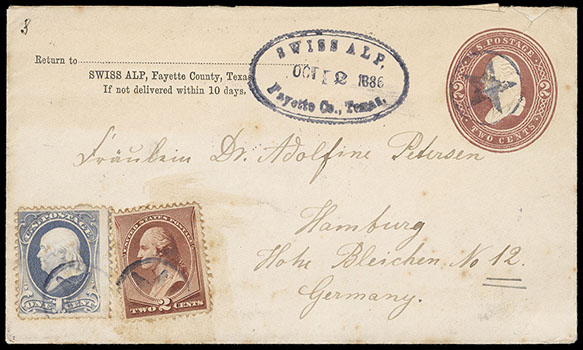 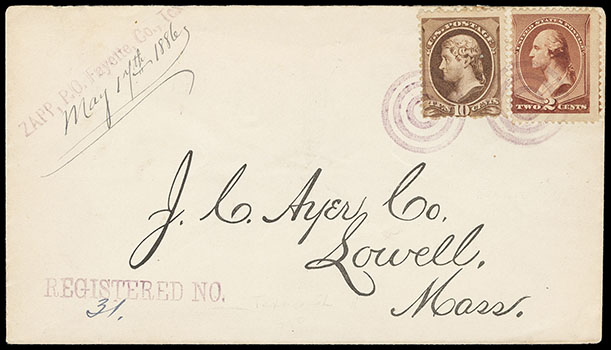 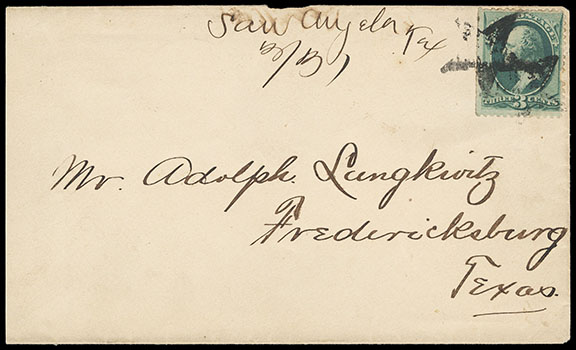 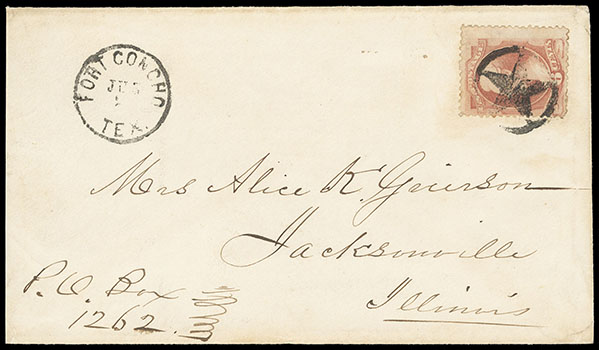 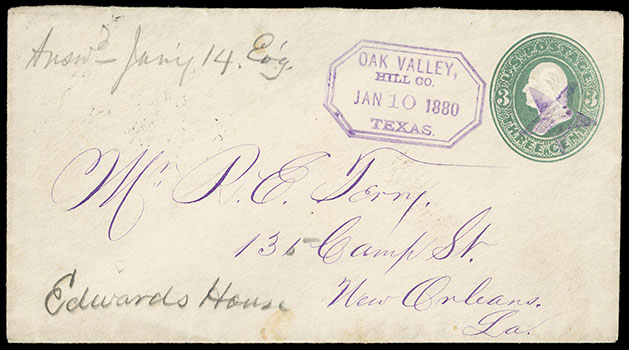 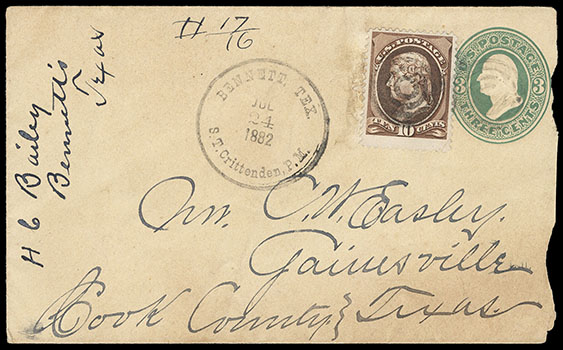 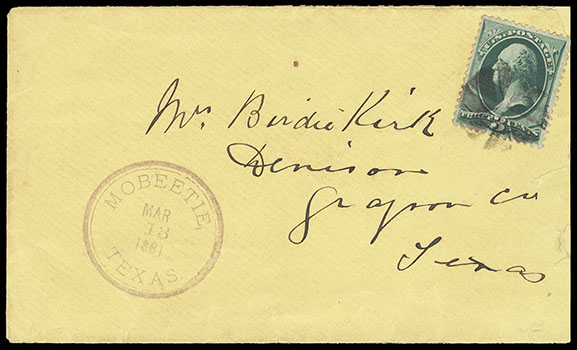 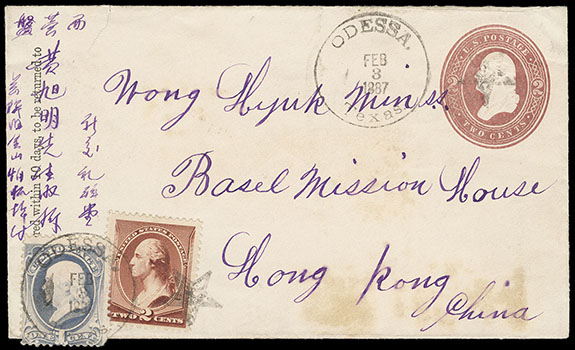 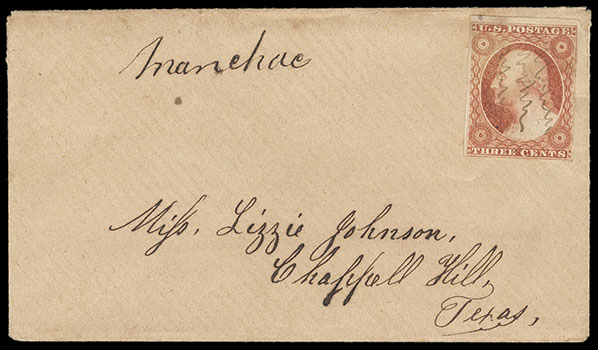 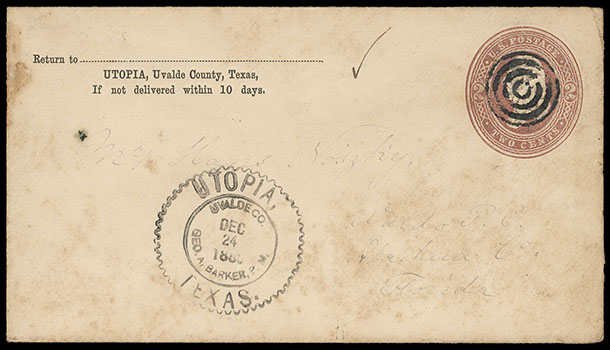 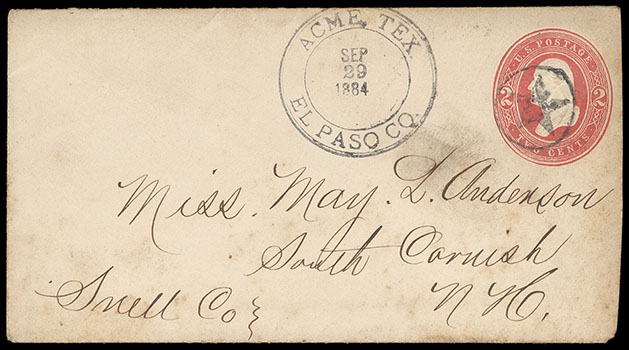 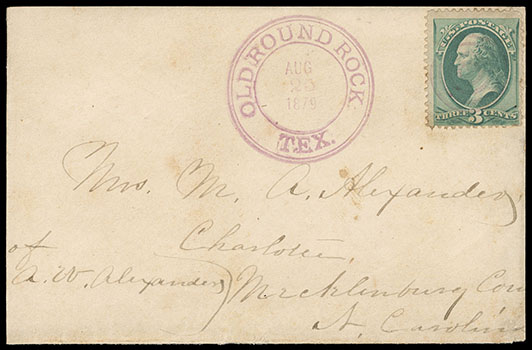 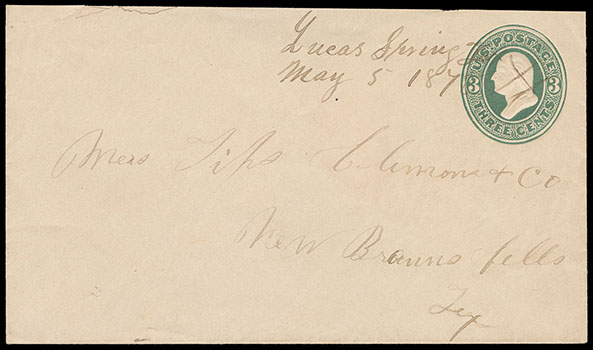 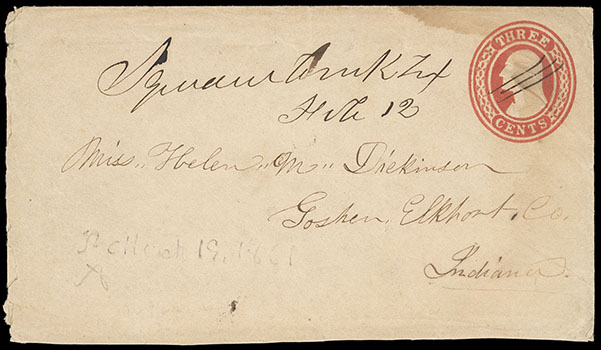 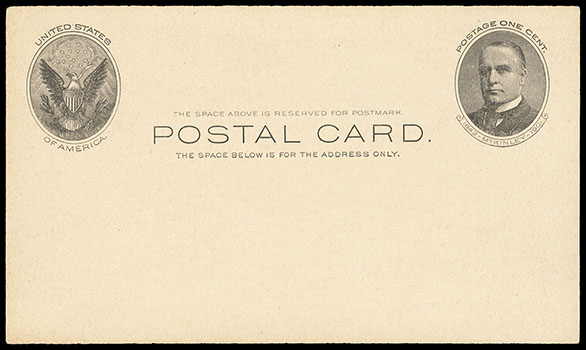 A CHOICE MINT EXAMPLE OF THE 1¢ BLACK FULL-FACE MCKINLEY POSTAL CARD, ONLY 18 ARE RECORDED.

The entire stock of 500 cards was inadvertently sent from Washington to Booth, Dailey & Ivins in New York where they were shortly thereafter pre-printed with their address and garbage dumping information on the back to be filled out by the tug captain. As a result of the printing there remained no mint cards for collectors. This "Unmarked Specimen" long ago became accepted as a full mint card in order to allow collectors to have a complete unused collection. Albert Daggett, the contractor for the printing of the Full Face card, was never able to satisfy the Post Office in Washington due to sub-standard quality of his productions. All submitted samples were rejected and as a result the entire stock of 1,625,000 cards was ordered destroyed by the PMG on April 29, 1902. 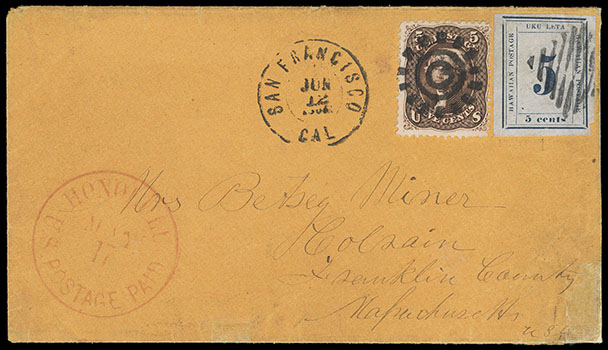 This cover was carried on the American Bark D.C. Murray from Honolulu May 18th 1865 to San Francisco arriving Jun. 10th. Then sent via overland mail from San Francisco Jun. 12th. 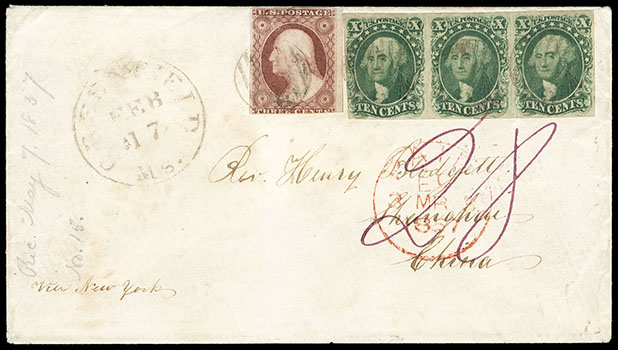 A WONDERFUL COVER PAYING THE 33¢ BRITISH MAIL RATE VIA SOUTHAMPTON TO SHANGHAI PREPAID WITH A 10¢ TYPE I STRIP.

The 10¢ type I in a strip of three is unpriced by Scott. 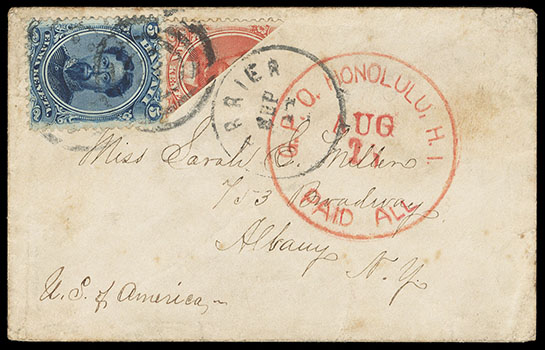 A RARE BISECT OF THE 2¢ 1864 KAMEHAMEHA IV ISSUE USED ON COVER WITH THE 5¢ KAMEHAMEHA V ISSUE.

Mail exchanged between Hawaii and the United States was greatly simplified by the Postal Convention signed May 4, 1870, effective July 1, 1870, which established the 6¢ single-letter rate to the United States. The 6¢ stamps were not available until late Spring 1871, and so the rate was made up using three 2c stamps. As the supply of 2c stamps dwindled, the post office permitted some bisects to be used with 5¢ stamps for the 6¢ rate. The first Honolulu convention period "Paid All" cds (MH 245.02) is recorded from July 22, 1870 until September 5, 1870. 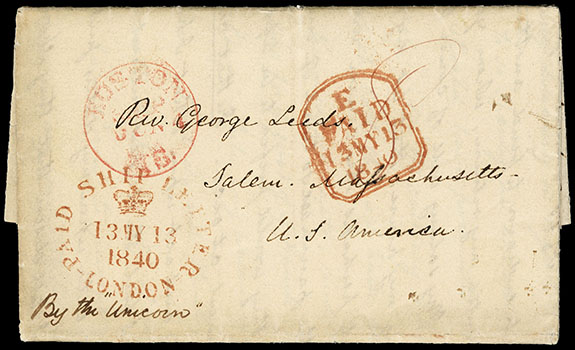 THIS VOYAGE MARKED THE INAUGURATION OF CUNARD LINE SERVICE.

The "Unicorn" made the First Transatlantic Voyage of the Cunard Line in anticipation of a feeder service she would perform between Pictou, Nova Scotia and Quebec and to insure facilities were ready at Boston for the inaugural mail voyage of the line in July 1840. This was the maiden voyage of the "Unicorn". 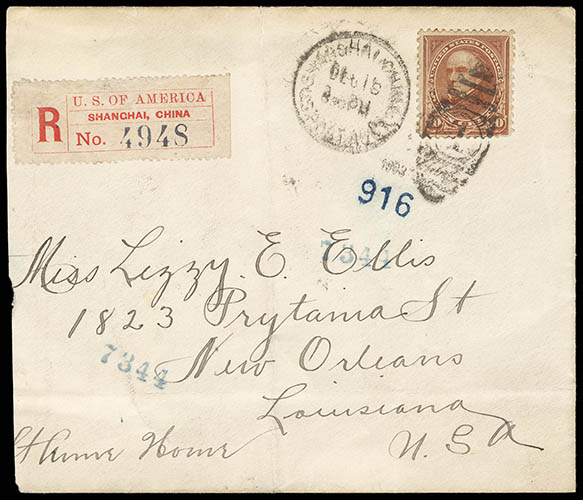 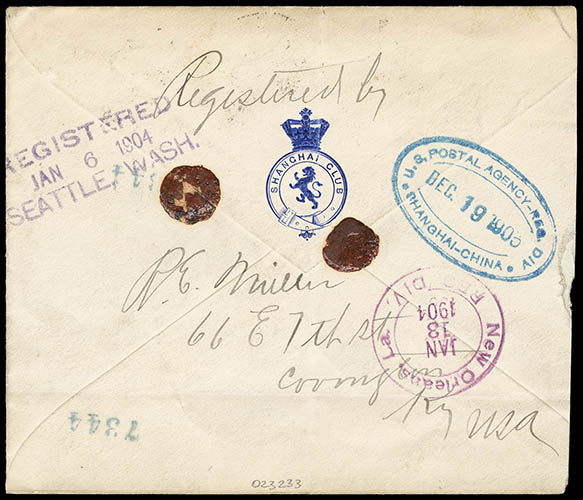 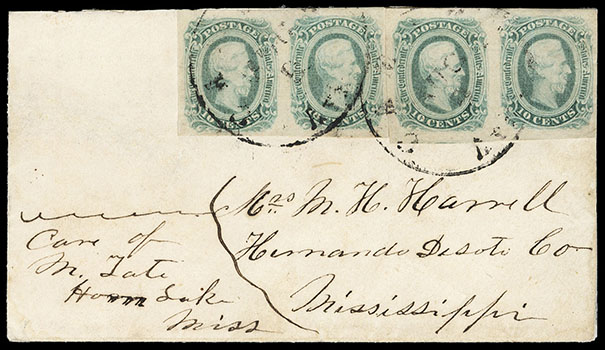 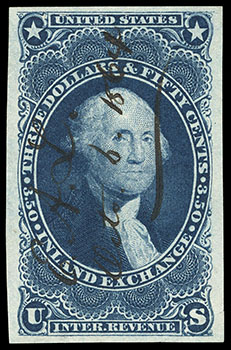 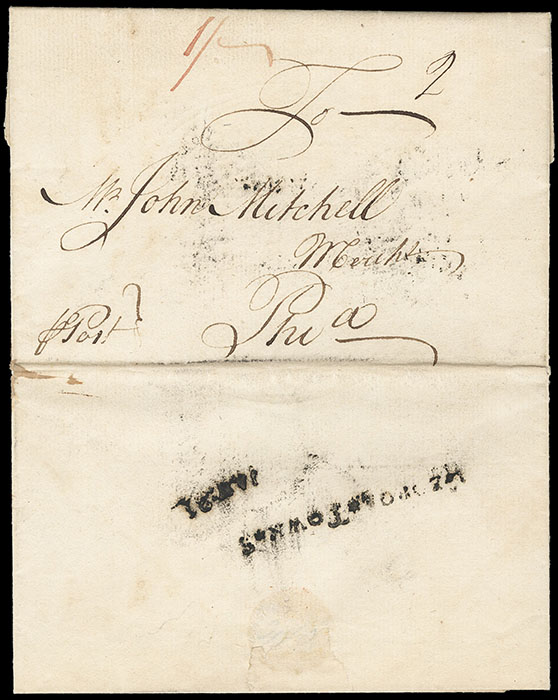 ONE OF ONLY THREE RECORDED EXAMPLES OF THE COLONIAL GEORGETOWN STRAIGHTLINE POSTMARK.

Although the "GEORGE*TOWN*S" straightline was once thought to be from South Carolina, it is now generally accepted that the marking was used at Georgetown, Maryland, shortly before the transition from the British Parliamentary Post system to the Congressional Post.