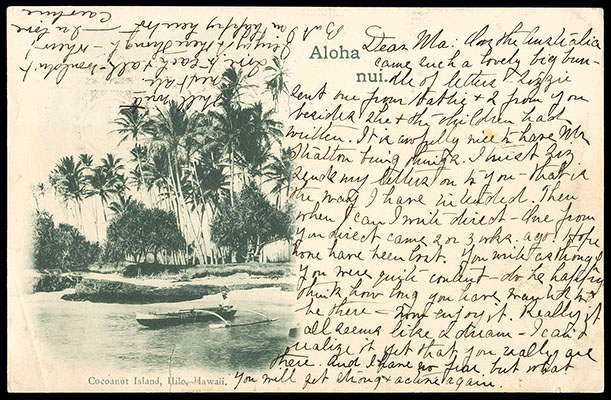 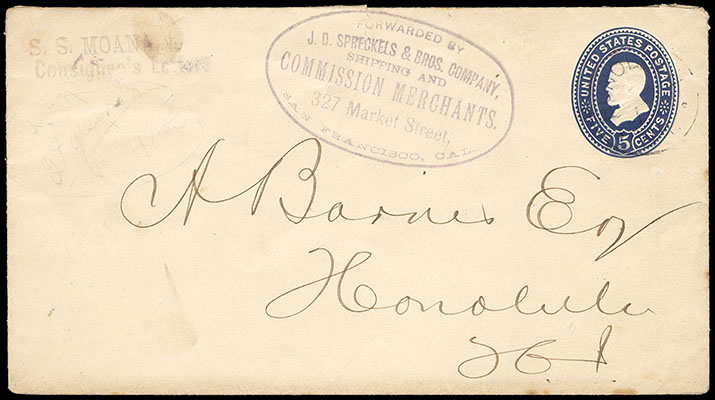 THIS IS THE ONLY RECORDED EXAMPLE OF THE J.D. SPRECKELS & BROS. "S.S. MOANA" STRAIGHTLINE SHIP HANDSTAMP. 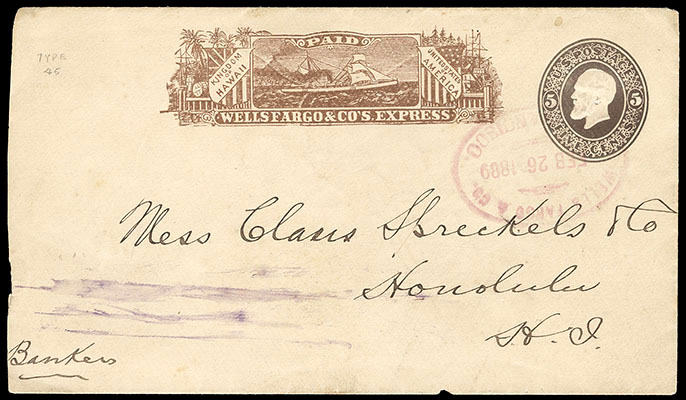