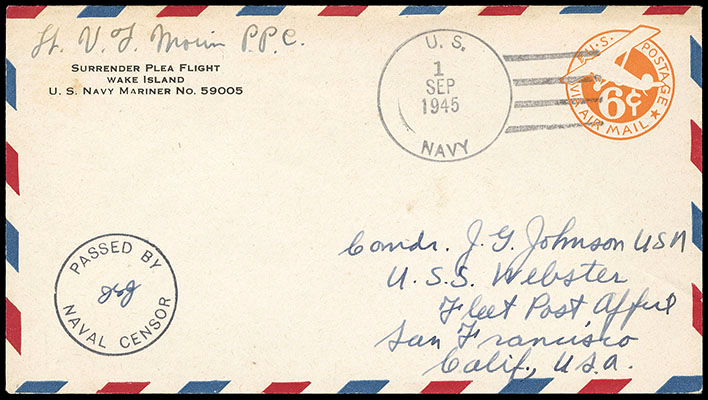 United States, Pan American Airways Test Flights, 1946, lot of 34 covers with 1946 Nov 1 postmarks to be carried on Pan Am flights to the West Indies, Central & South America, all but seven, sent from Evanston, Ill. with attractive blue Clipper Ship cachet, all but one (appears stamp may have come loose) with mixed Country franking, Very Fine (no photo).
Estimate    $500 - 750.

To encourage greater use of Airmail, Pan Am organized that for on day only (Nov. 1, 1946) test flights would be flown to various participating countries to gauge efficiency of their Airmail service. Persons desiring to participate in this test could do so by addressing an envelope, typically franked with the new 10¢ Transport (new rate) to "Pan American World Airways System, Air Mail Test" to any of the capital cities of the participating countries, upon arrival the date of receipt was stamped on it and the return postage was paid by Pan Am to be mailed back to senders.