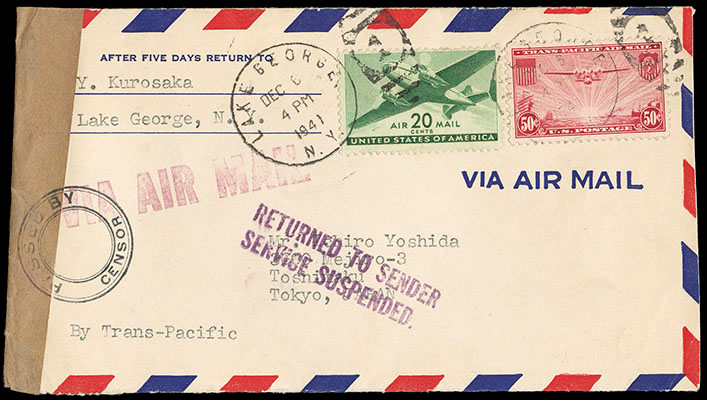 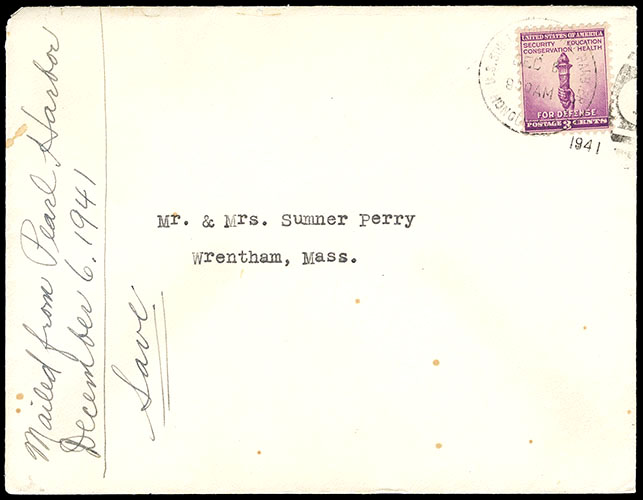 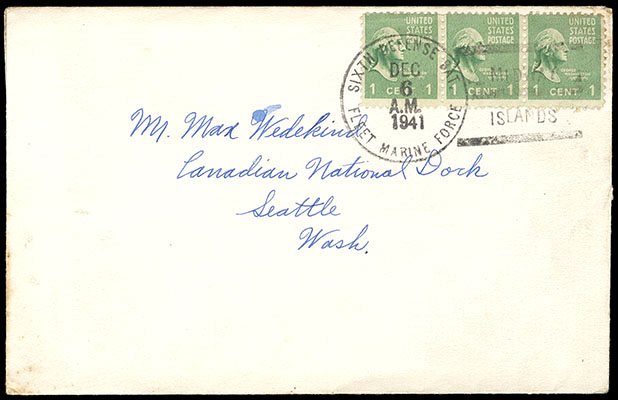 A RARE PAIR OF COVERS FROM THE TASK FORCE 8 THAT WAS PROVIDENTIALLY DELAYED OUT OF HARMS WAY WHILE THE JAPANESE BOMBED PEARL HARBOR, ARRIVING THE FOLLOWING DAY TO WITNESS THE CARNAGE AND OFF-LOAD MAILS AT PEARL HARBOR.

Task Force 8, consisting of the aircraft carrier USS Enterprise, commanded by Admiral William F. Halsey Jr., and its escorts, departed Pearl Harbor on 28 November 1941 for Wake Island. The cruiser USS Chester was an escort ship on this trip. The task force had been scheduled to return to Pearl Harbor late on December 6, but had been delayed by inclement weather, providentially keeping the carrier Enterprise and its escorts out of harm's way when Japanese attack forces torpedoed and bombed American ships berthed in port. The USS Chester cover (an official Penalty Mail envelope used for private correspondence, so it required postage) was canceled December 7th, the date of the Japanese attack, when Task Force 8 was about 200 miles west of Hawaii on its return to Pearl Harbor. After searching in vain for the Japanese attack force, Enterprise and the rest of Task Force 8 arrived back at Pearl Harbor amid the smoldering carnage late Monday December 8th, when the ships' mail was put ashore. 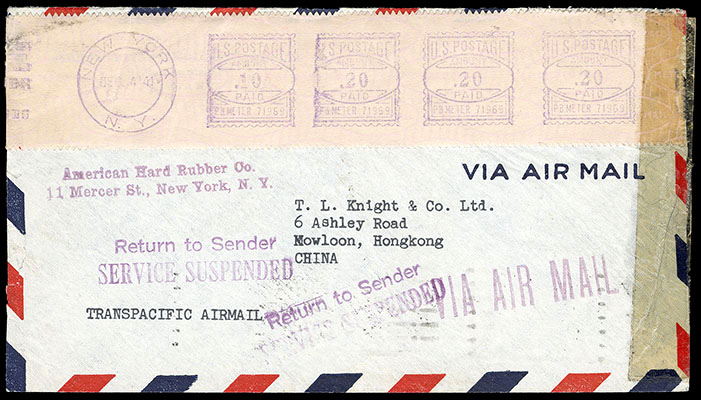 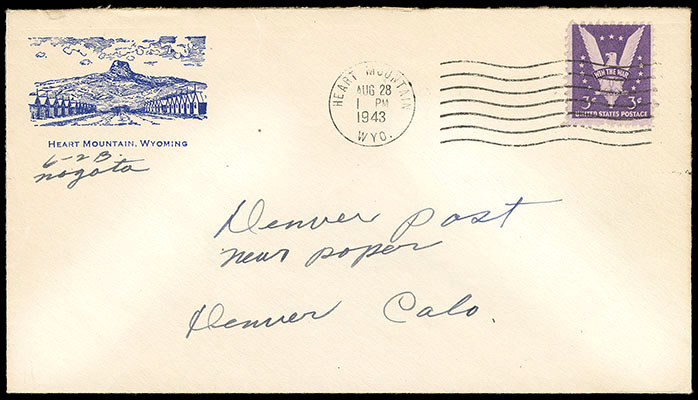 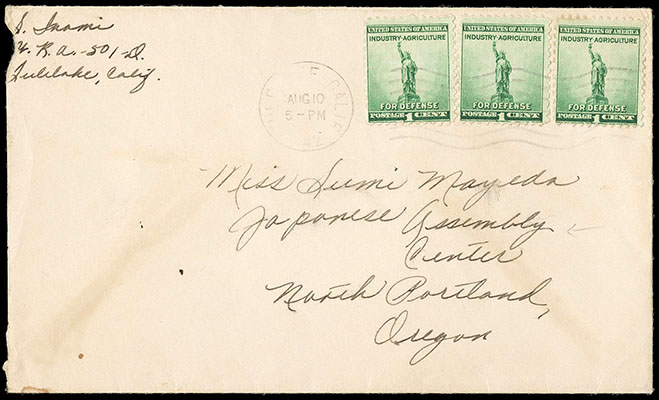