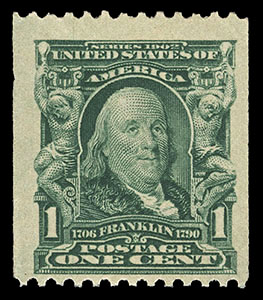 A WONDERFUL EXAMPLE OF THE 1908 1¢ HORIZONTAL EXPERIMENTAL COIL - A GREAT RARITY WITH ONLY ELEVEN PAIRS AND THREE SINGLES RECORDED.

The first Bureau issued coils were issued in vertical format at first, preceding the horizontal coils by nearly 6 months, appearing on February 18th, 1908 and issued in far less quantities than the horizontal coils. These issues were strictly experimental, prepared with the 1902 design series from normally produced sheets of 400 with the exception of perforations. Perforated in one direction and sliced by a stripper, these strips were then hand assembled into coil rolls. 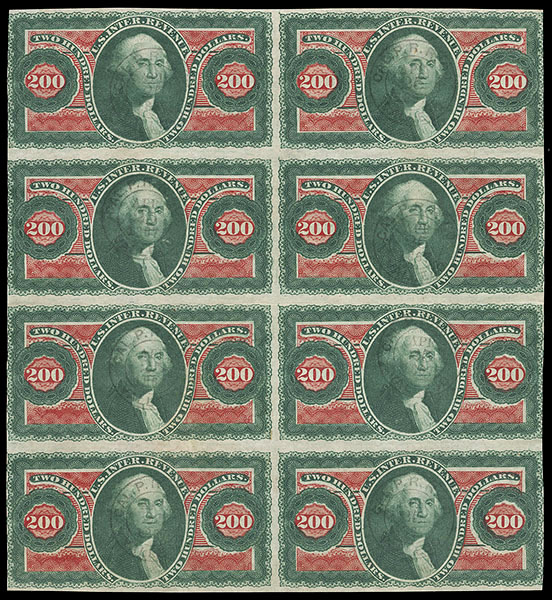 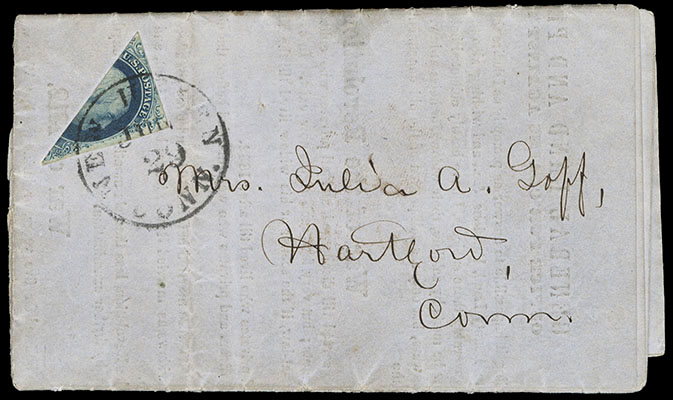 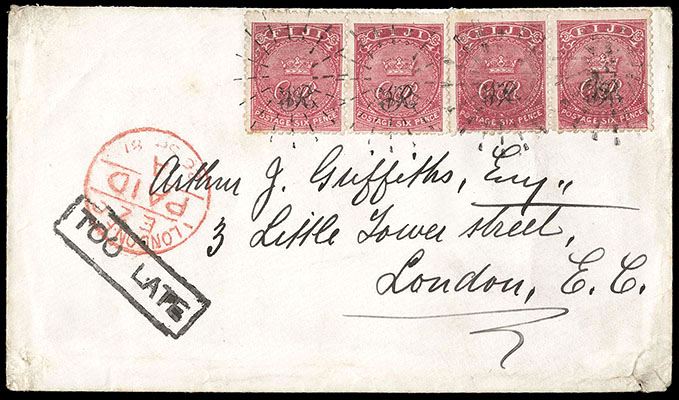 A SPECTACULAR EXAMPLE OF THE 1877 "V.R." OVERPRINT ISSUE ON COVER - CONSIDERED TO BE THE FINEST COVER OF THE ISSUE. 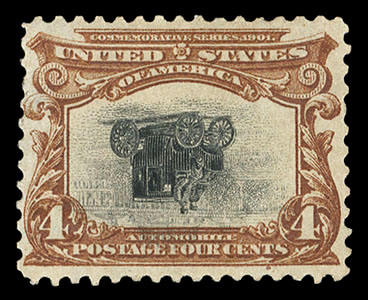 A STUNNING USED MULTIPLE OF THE 1863 1D ORANGE VERMILION ON PELURE PAPER, THE LARGEST KNOWN MULTIPLE OF ANY PELURE PRINTING.

AN ATTRACTIVE EXAMPLES OF THE EXTREMELY RARE 8¢ WILLIAM SWAIN DIE CUT ON SILK PAPER WITH MANUSCRIPT SIGNATURE - ONE OF THE RAREST PRIVATE DIE MEDICINE ISSUES WITH ONLY TWO EXAMPLES EVER RECORDED.

According to the "The Boston Revenue Book", an example of the Jas. Swaim issue on silk paper in a Boston, Mass. collection was known bearing manuscript signature. They concluded that its origin was probably due to the fact that a sheet must have been delivered to Wm. Swaim which had not received the second facsimile signature printing and therefore received a signature. 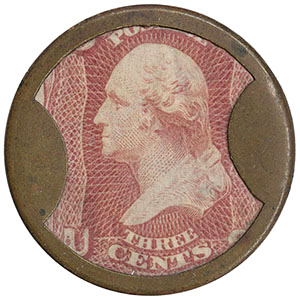 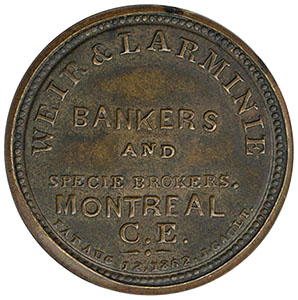 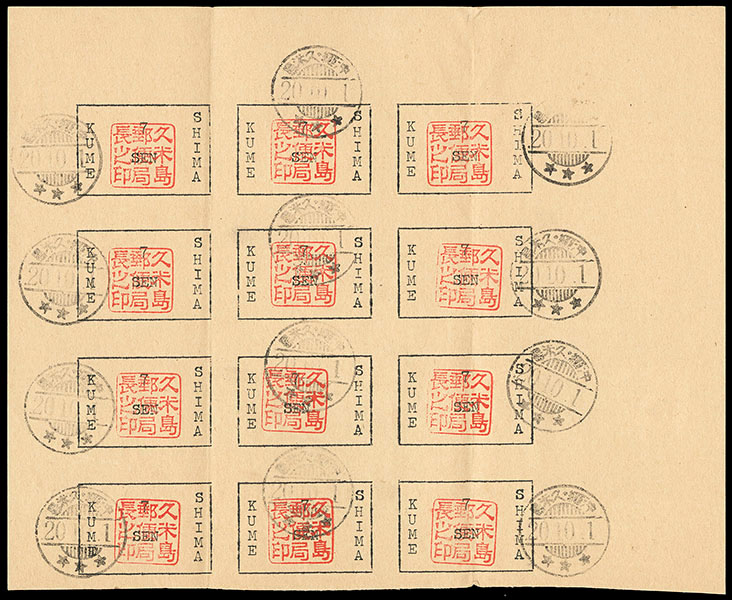 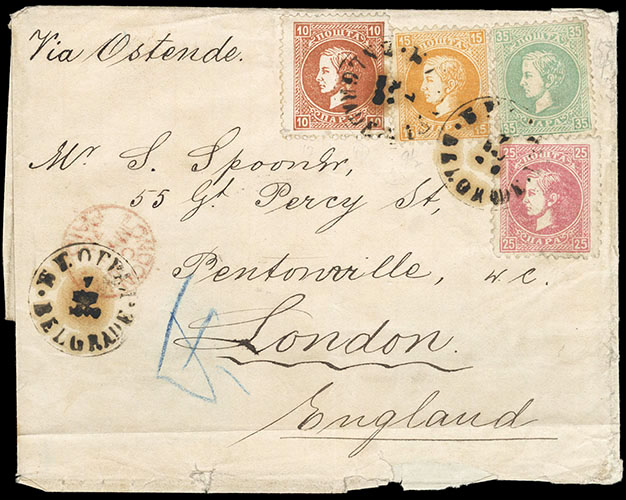