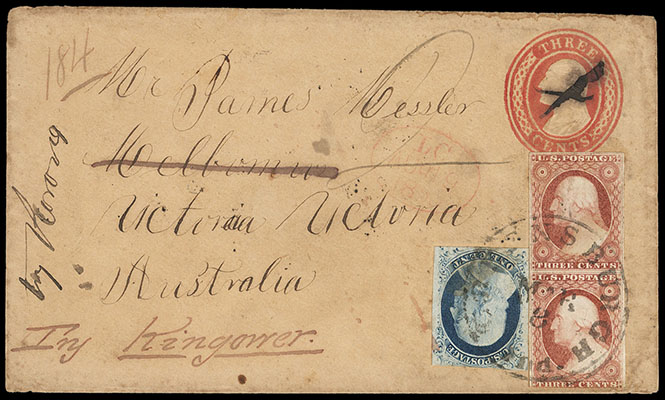 A REMARKABLE 1851 ISSUE USE TO AUSTRALIA AT DOUBLE THE 5¢ PRIVATE SHIP RATE. 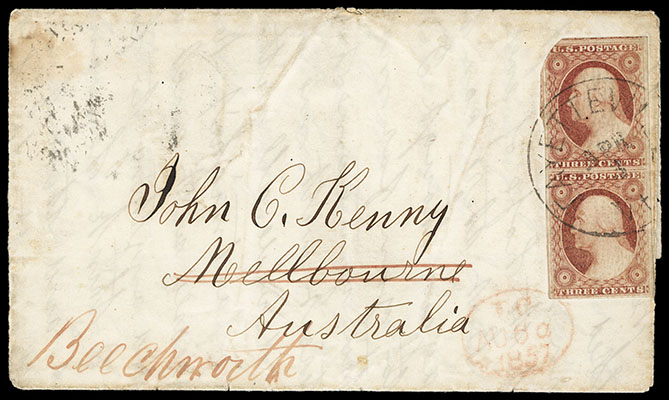 A 5¢ rate applied for letters sent direct on private ships from Boston or New York. This use is convenience overpaid by 1¢. Ship captains received 2¢ per letter. During this period there were no Australian arrival charges. The red Letter Carrier datestamp was applied at the G.P.O. Melbourne to indicate that the letter had been passed on to the carriers in an attempt to deliver unclaimed mail.