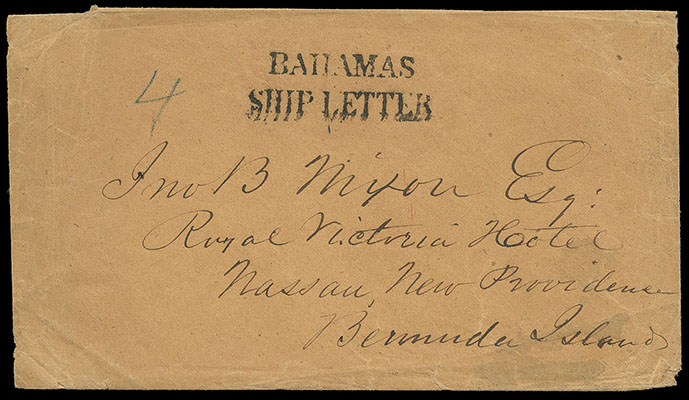 According to S. Walske & S. Trepel "Special Mail Routes of the American Civil War", the "Bahamas Ship Letter" two-line handstamp (type NA1) is known used from February to October of 1863 with fewer than five examples known. The early February 1863 usage is known to have transited Charleston, S.C. as this cover mostly likely did. This usage of the Bahamas ship letter handstamp predates the February 1863 by over eight months. 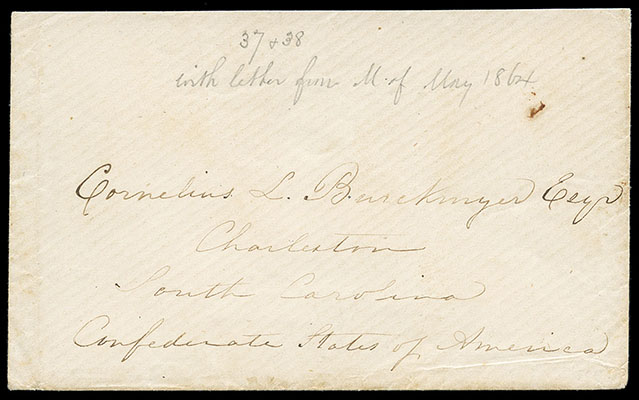 Confederacy, Incoming Blockade - Paris, France to Charleston, S.C. via Bermuda and Wilmington, N.C., cover with two original letters from Paris, France in May of 1864, addressed to Cornelius Burckmyer at Charleston, nos. 37-38, one with the usual cross-written content, carried privately from France transiting Bermuda and Wilmington N.C. bearing no postal markings, Very Fine.
Estimate    $200 - 300. 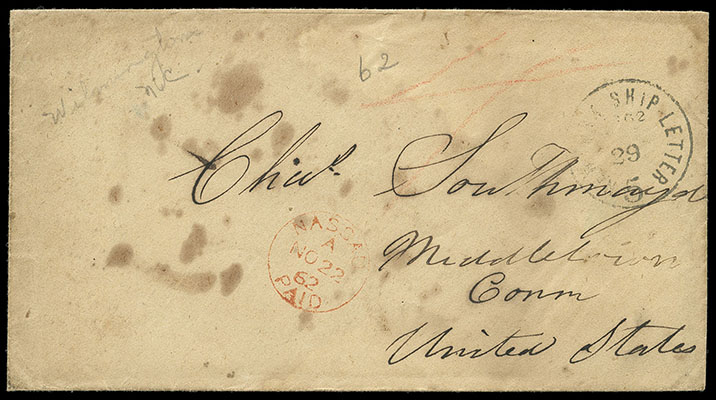