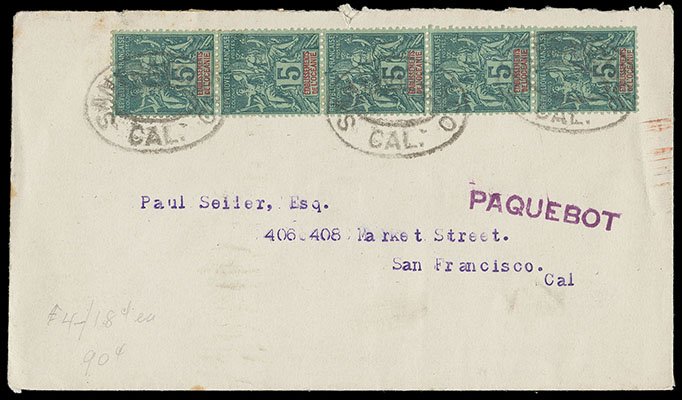 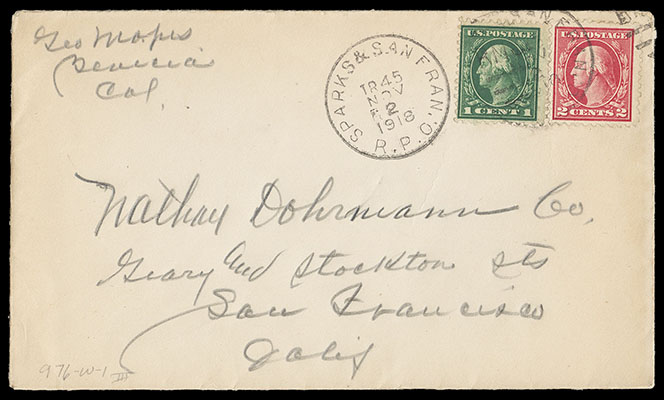 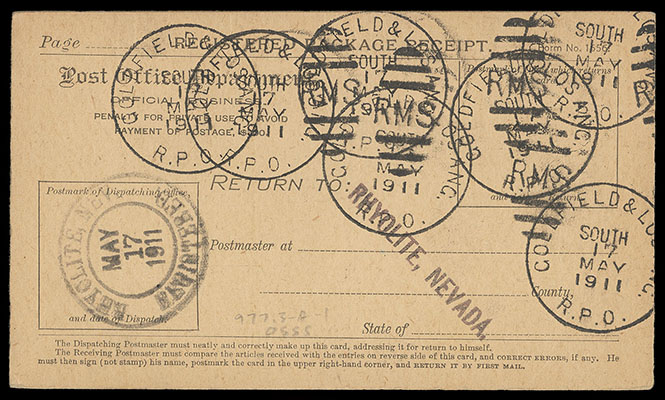 California Railway Post Office Covers, from the earliest days (1882), until the service was terminated, but many typically in the turn of the century era, extensive showing of about 400 covers and cards, most identified and with dates of operation, many on pages showing maps of the routes, most with Towle numbers with scarcity indices of III, IV and V, values as high as $75, but most in the $5 to $25 range, most are fine to very fine with a minimum of condition issues, a great collection for continuation and probable remounting, generally F.-V.F. or better.
Estimate    $2,000 - 3,000.