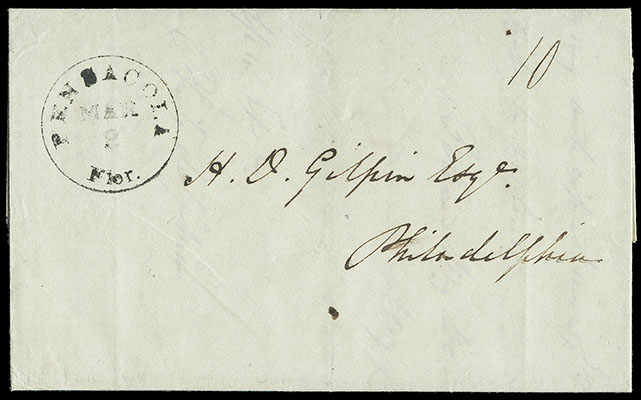 (1846-1848 Mexican-American War) 1846 (Feb. 14) Jalapa, Mexico ALS Letter From U.S. Minister John Slidell, ALS datelined "Jalapa, 14 Febry 1846" with some interesting content "…Since I left the Capital on the 17 inst. nothing has occurred to indicate any possible change in the attitude of this government…I am anxiously awaiting my definitive instructions from Washington. Should appearances be to an amicable arrangement of the Oregon question, it is not impossible that I may yet return to Mexico. If there be a prospect of war between the United States & Great Britain. I have no hope that your flattering anticipation of the result of my mission will be realized." and signed "John Slidell"; carried privately to the United States and entered mails with "Pensacola Flor. Mar 2" cds and manuscript "10" rating to Philadelphia Pa.; some internal fold splitting and aging, Very Fine and remarkable historical Slidell Mission letter.
Estimate    $500 - 750.

John Slidell (1793-1871) was an American politician, lawyer, and businessman. A native of New York, Slidell moved to Louisiana as a young man and became a staunch defender of slavery as a Representative and Senator. He served as minister plenipotentiary to Mexico from 1845-1846.

Prior to the Mexican-American War, Slidell was sent to Mexico, by President James Knox Polk, to negotiate an agreement whereby the Rio Grande would be the southern border of Texas. He also was instructed to offer, among other alternatives, a maximum of $25 million for California by Polk and his administration. Slidell warned Polk that the Mexican reluctance to negotiate a peaceful solution might require a show of military force to defend the border by the United States. Under the command of General Zachary Taylor, U.S. troops were sent into the disputed area between the Rio Grande and Nueces Rivers. The Mexican government, in a state of chaos at the time, rejected Slidell's mission. After Mexican forces repelled a U.S. scouting expedition, the United States declared war on Mexico on May 13, 1846. 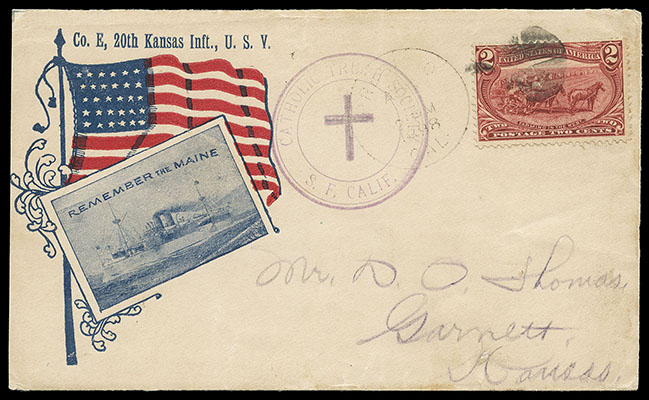 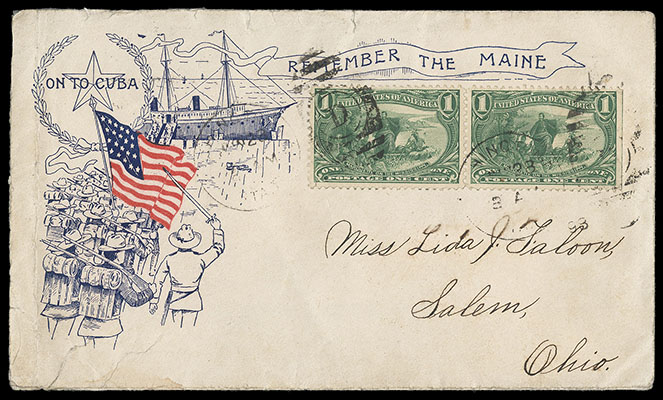 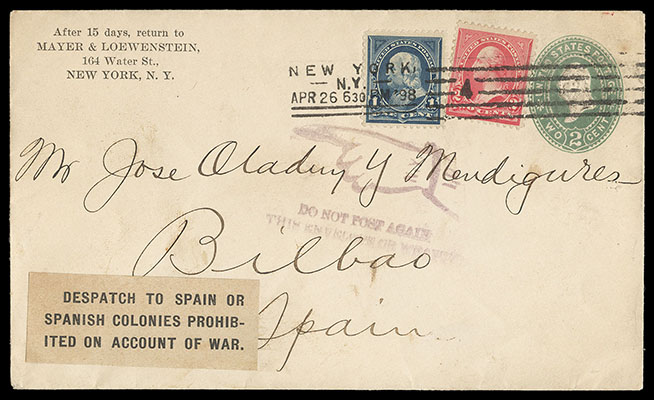 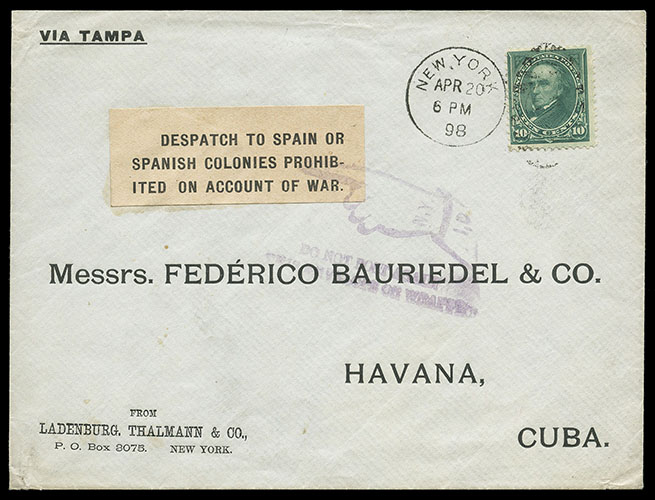 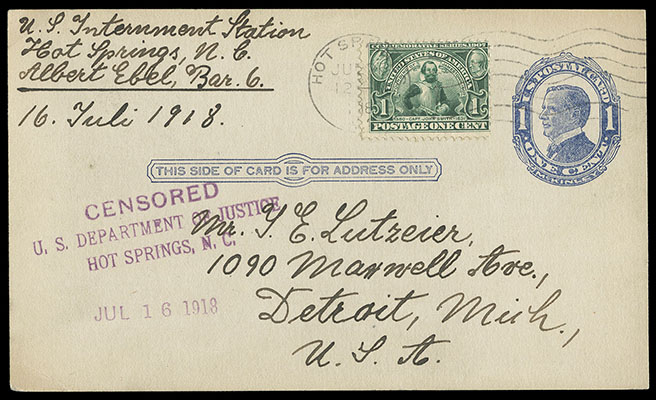 May 1917, the town of Hot Springs had a population of 650 but soon the number would increase with the addition of almost 2200 German prisoners. This would be the largest World War I prison camp in the United States at the time. The Mountain Park Hotel had been a thriving business until the outbreak of WWI when travel to the hotel slowed considerably. The owner Col. Rumbough negotiated a contract with the War Department to house Germans, most of whom were civilians and comprised of the crews of the German commercial ships which had taken cover in American ports when Great Britain declared war on Germany in 1914. Included in the group were members of a German orchestra as well as the crew of the world's largest ship, the "Vaterland." Because they were civilians, they could not be called "prisoners-of-war" but were named "enemy aliens" by the Department of Immigration. Consequently, 2200 passengers, officers and crew members came by train to Hot Springs and spent the remaining 19 months of the war in the internment camp. 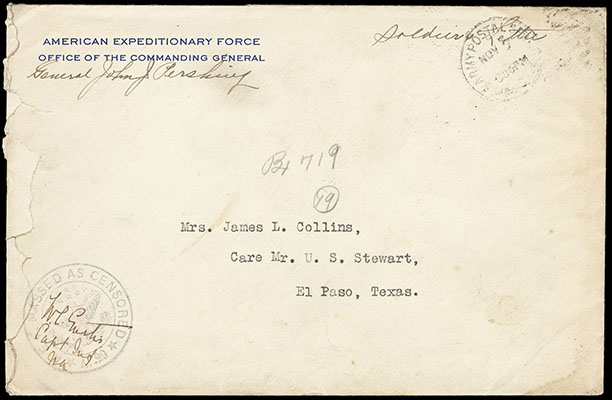 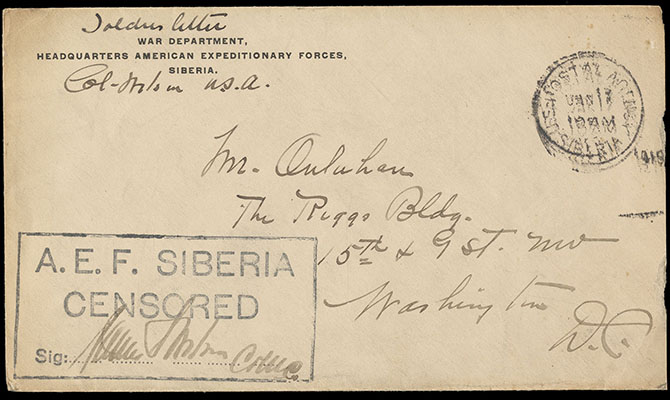 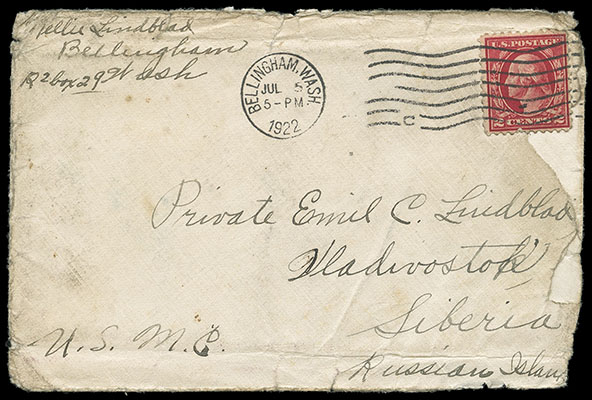 The Marines were based on Russian Island in Vladivostok harbor to monitor events after the withdrawal of Army troops in early 1920. The Marine detachment left on November 19, ending the four year American presence in Siberia.