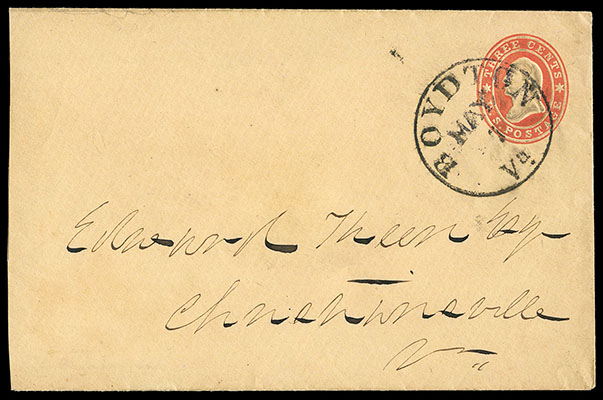 AN OUTSTANDING MAY 7TH FIRST DAY OF VIRGINIA IN THE CONFEDERACY USAGE. 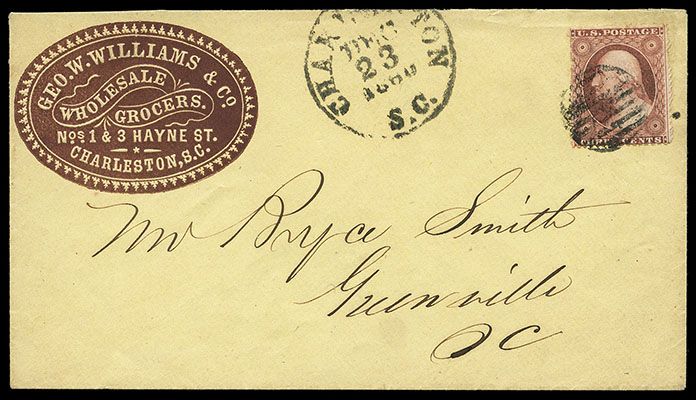 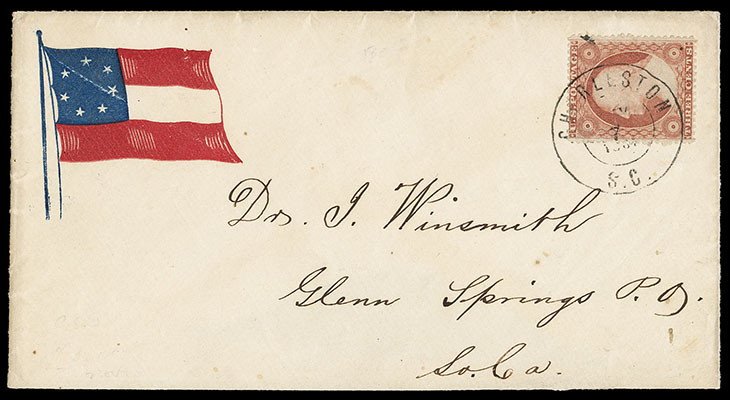 Captain Winsmith was wounded at Sharpsburg (Antietam) in 1862 and again at Fort Harrison in 1864, but did survive the war and continued his career as a lawyer. He was appointed to Brigadier General of the South Caroline State Militia in 1865 and served for one year. 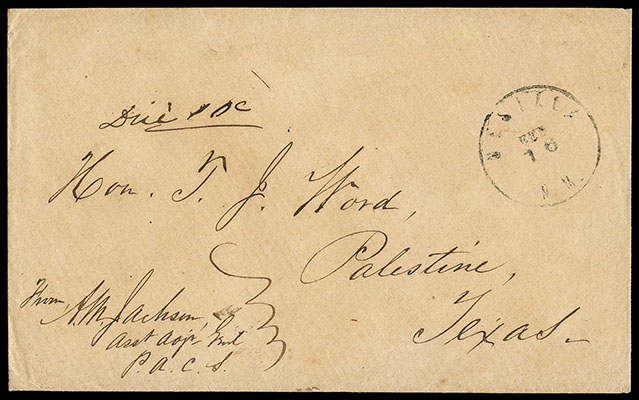 A RARE EXAMPLE OF THE "MESILLA N.M." DATESTAMP USED ON THE FIRST DAY OF MAIL SERVICE FROM THE NEWLY-FORMED CONFEDERATE TERRITORY OF ARIZONA.

Alexander M. Jackson (1823-1889) was on the staff of Henry Hopkins Sibley as Assistant Adjutant General during the disastrous New Mexico campaign. He practiced law in Mississippi until the outset of the Mexican War in 1846, when he joined the 2nd Regiment of the Miss. Vols. under command of Col. Rueben Davis and served as Captain of Company E. He resumed the practice of law after the war and later became involved in politics. In 1857, he was appointed by President Buchanan as Secretary of New Mexico Territory. At the outbreak of the Civil War he resigned and joined the Confederate Army. He Served as Adjutant-General of the Sibley Brigade and participated in the New Mexico and Arizona campaign. His health became poor, so in 1864 President Davis appointed him Chief Justice of Arizona. Jackson never assumed that post since the Confederacy lost control of the Territory.

According to specialists in Arizona and New Mexico postal history, there are fewer than ten examples known of the Mesilla, N.M. occupation marking. The Mesilla post office operated during the Independent Period of March 16, 1861 to February 13, 1862. On September 25, 1861, the CSA Postmaster General appointed William D. Skillman as postmaster at Mesilla. The Post Office Dept. entered into a contract with George H. Giddings for carriage of mail, effective Nov. 1, 1861, over CSA Route 8076 twice weekly between San Antonio and Mesilla, and weekly between El Paso and Messila, and fortnightly between Mesilla and San Diego. President Davis approved an act to organize the Territory of Arizona on February 14, 1862. This cover was sent on the first mail service after the formation of the Territory. 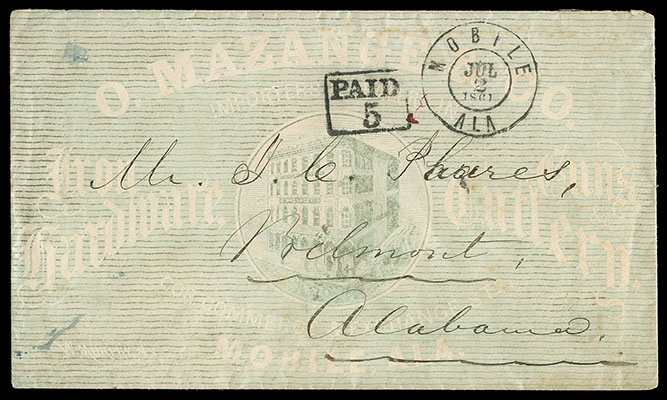 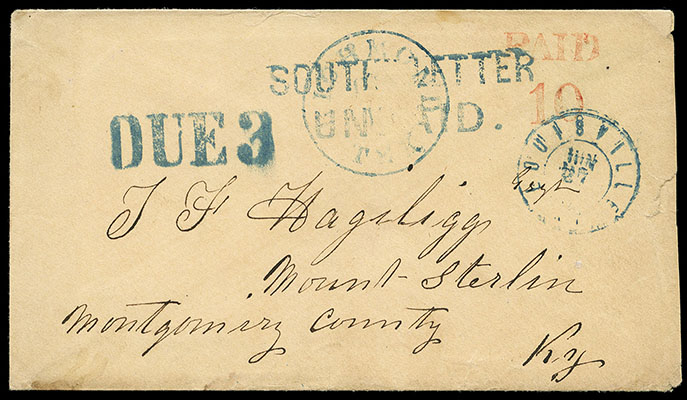 A RARE AND ATTRACTIVE EXAMPLE OF THE "SOUTHERN LETTER UNPAID" HANDSTAMP USED ON COVER FROM RICHMOND, TEXAS.

Steven C. Walske's recently published analysis of mail service at the onset of the Civil War provides new information about circumstances surrounding the use of the coveted "Southern Letter Unpaid" marking. Postmaster General Blair's May 27 suspension order prohibited post offices from forwarding southbound mail to disloyal Southern states. However, northbound mail continued to be sent via Louisville. Through June 6, northbound mails were forwarded to Louisville from Memphis or Nashville. From June 7 through 12, only the Nashville post office forwarded mail to Louisville, and Louisville continued to forward mail north. With the resignation of W. D. McNish as Nashville's Federal postmaster on June 12, "Louisville held the mails still being sent north by the discontinued post office at Nashville. This held mail later became the well-known 'Southern Letter Unpaid' mail" (Walske).

United States postage stamps affixed in the South (and entires used from the South) were regarded as contraband and were refused as prepayment. On June 24, Dr. J. J. Speed, the postmaster at Louisville, was advised to forward letters from the South to the loyal states after removing postage. With approximately 5,000 such letters accumulating at Louisville by this date, Postmaster Speed employed a more practical means of invalidating postage by creating the "Southern Letter Unpaid" handstamp.

Immediately after receiving instructions from Washington to forward the held mail, the Louisville post office began marking letters. Some of these have circular datestamps (June 27, 28 and 29 being the most common dates), while others have no Louisville datestamp. The Louisiana office continued to use the June 29 datestamp until the end of the Southern Letter Unpaid period on July 12. 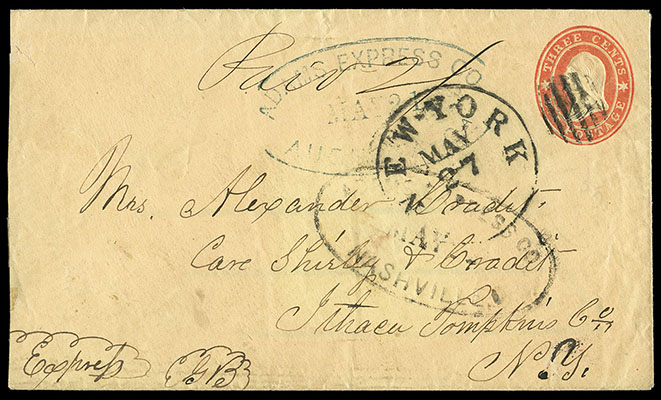