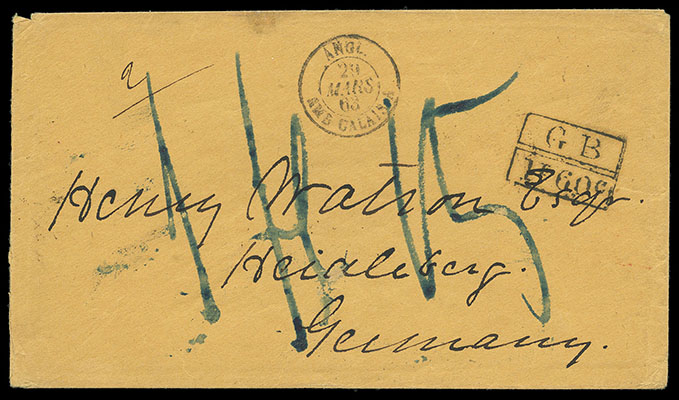 Henry Watson Jr. was a lawyer and planter in Greensboro Ala., during the Civil War he relocated to Europe, his papers (including the letter carried in this cover) can be found in the Duke University Libraries.

Blockade runners were essential for vital supplies and correspondence with Europe. 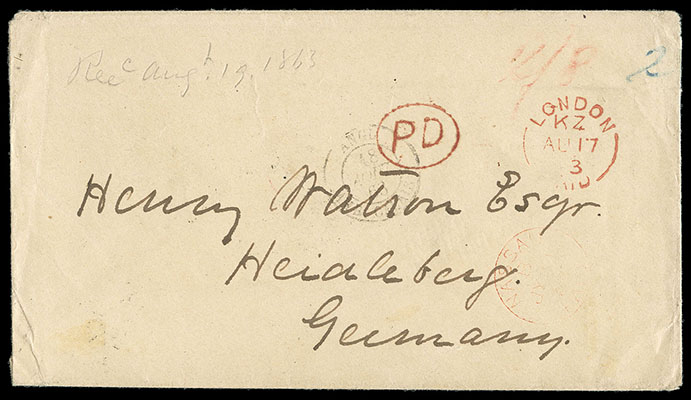 AN OUTSTANDING AND RARE BLOCKADE-RUN COVER TO GERMANY FROM THE WATSON CORRESPONDENCE.