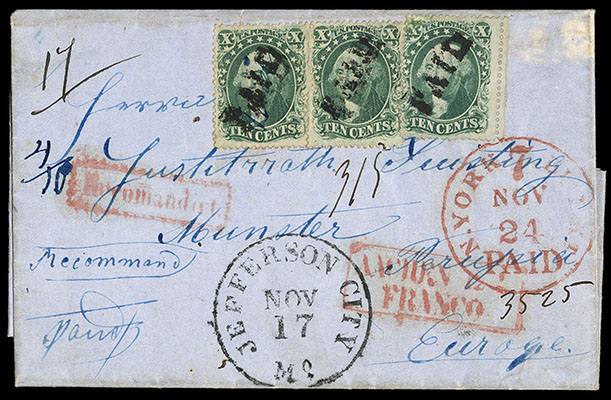 In October 1855, a registered mail article was added to the Prussian Closed Mail agreement. Registered letters had to be fully prepaid, including the 5¢ registration fee in cash. US post offices usually did not use "Registered" markings; the originating post office and the NY exchange office assigned registry numbers. Aachen marked a registered letter with a red "Recomandirt" (Recommandirt- Registered) and the weight in Prussian Loth (1 Loth = 1/2 oz). This letter weighed "4/10" Loth Wùrttemberg and marked "recommand". 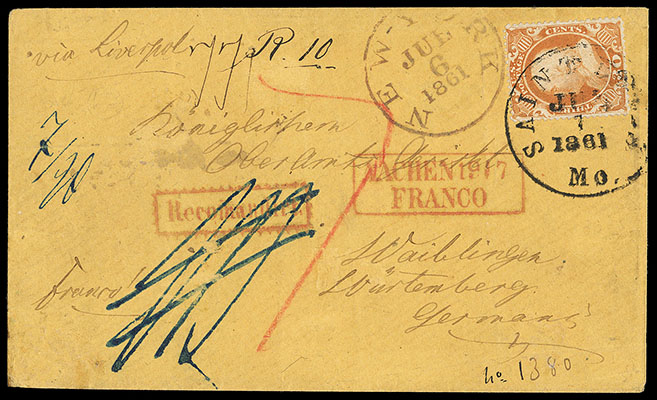 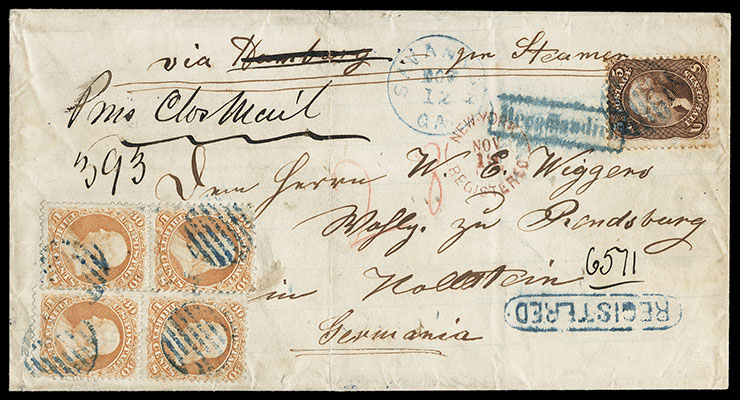 A RARE FOREIGN REGISTRY USAGE TO GERMANY WITH THE FEE PAID BY STAMPS.

The Aachen Exchange Office began using blue ink for their markings in 1865. This quadruple-rate wrapper had the registry fee paid by a stamp rather than cash, which was common practice by this time.

The convention with the North German Union became effective 1 January 1868, and ended the Prussian Closed Mail agreement. Instead of the customary "AACHEN FRANCO" marking for Prussian Closed Mail, this cover bears the marking of the Verviers-Coeln Railway Post Office, the name of the Aachen Exchange Office under the NGU convention. The December 5, 1867 date on this and one other cover is its earliest known use.