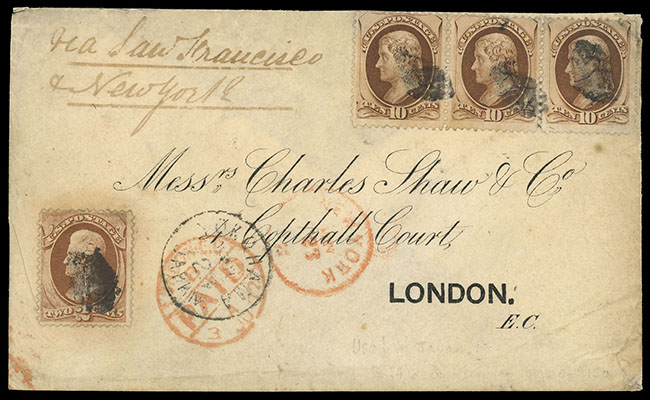 This 32¢ prepayment includes the double 10¢ transpacific rate from Japan to the United States plus the double 6¢ transatlantic rate to England. Only two such double rates are known to us. The other bearing a 1869 Pictorial issue franking.