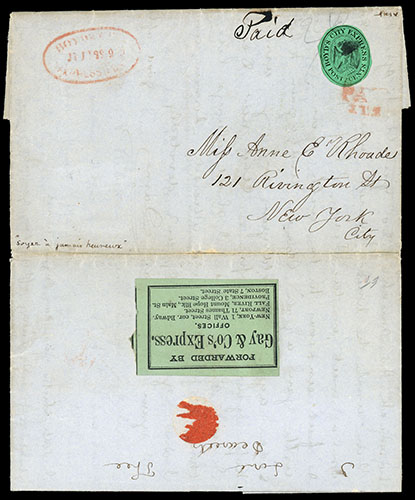 James Gray began his express in 1842, running by train between Boston and New York via Fall River, Massachusetts. This was an unusual conjunctive use between a railroad parcel express and a local post.