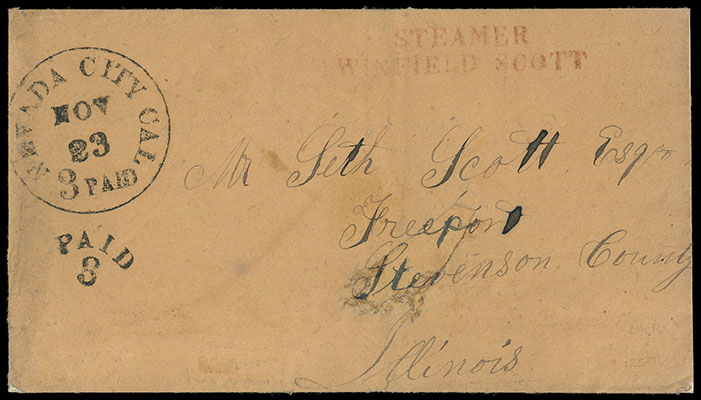 ONE OF THE SEVEN KNOWN COVERS RECOVERED FROM THE WRECK OF THE "STEAMER WINFIELD SCOTT".