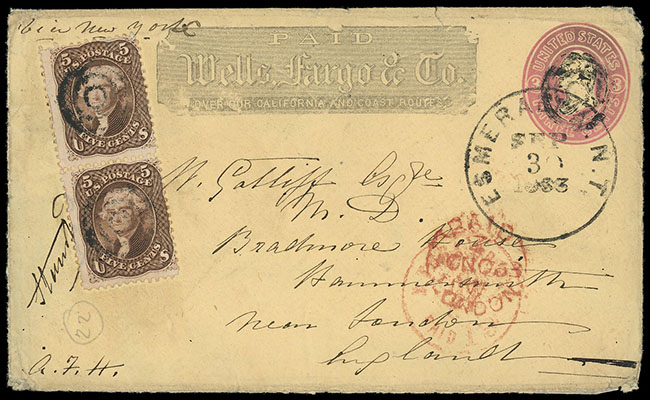 This cover is one of the most important usages of the "Esmeralda. N. T." postmark and was also used in the California Period before being transferred to Nevada on January 20, 1864.