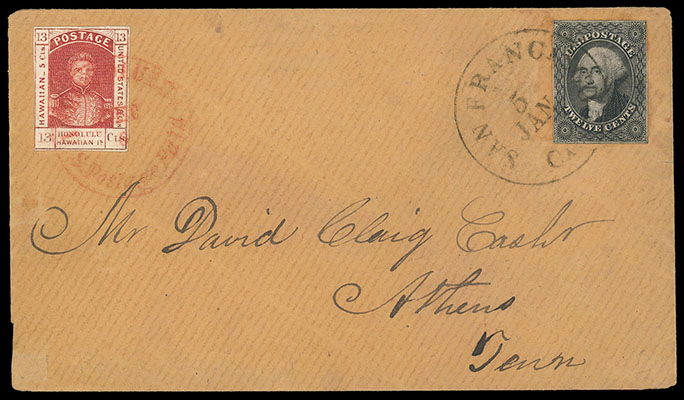 This letter was carried on the American brig "Agate", leaving Honolulu on the 10th of December and arriving in San Francisco on December 27, 1855. It was then sent for the east coast and postmarked on January 5th.