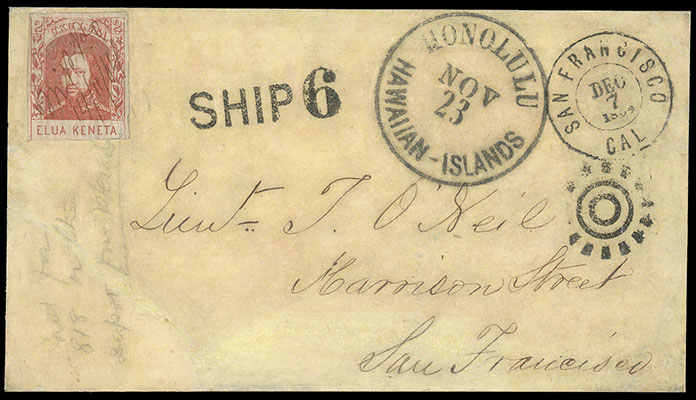 A RARE SINGLE-USE OF THE 1863 2¢ KAMEHAMEHA IV ISSUE ON A COLLECT COVER TO SAN FRANCISCO.

This is a rather unusual use of the 2¢ Kamehameha IV issue as inter-island mail was free until 1864 and the Hawaiian postage for a foreign letter was 5¢ (perhaps difference 3¢ paid in cash). In addition, we can only speculate what the "M.P.P.O." abbreviation refers to, as we are not aware of a corresponding "M.P." Post Office on the Islands.