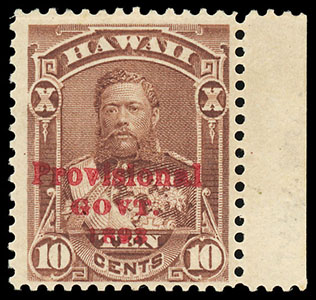 A SUPERB EXAMPLE OF THIS RARE ERROR IN THE FINEST CONDITION ATTAINABLE. ONLY ONE SHEET OF 50 WAS ISSUED.