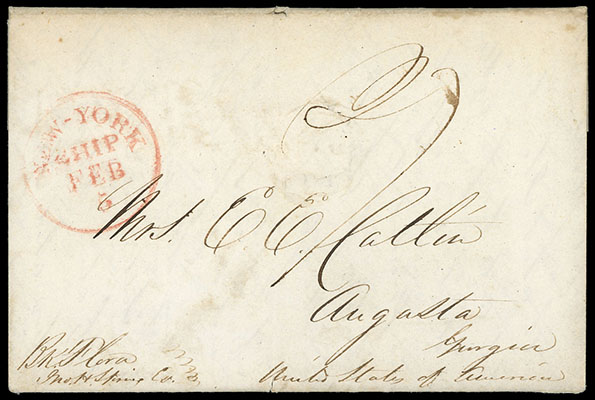 Letter from "P.A.B." to his sister Mrs. E.E. Catlin reads "The Flora for New York offers the first direct opportunity for forwarding letters to the United States that has occurred for several months. I wrote several letters to go forward via Valparaiso about a month since and should have written you then but for the arrival of this ship…" and continues on to report of the death of his wife who had "moved down to Kolow on the Island of Kauai under the hope that the benefits of a little cooler climate and an entire suspension of her domestic solitudes might be of permanent service to her…I am absolutely alone and not one other dweller under my roof…I can make no further plans for the future when our Rev. Hooper who is now absent to the U States shall return…Could I consult my wished merely I should leave in the Flora. My duty requires me to stay…"