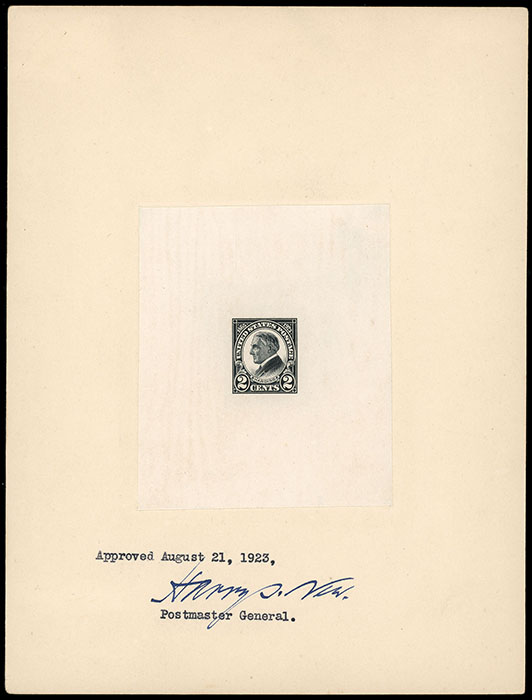 This proof was from the set presented to President Calvin Coolidge in 1929. Although it is dated August 21, 1923 just prior to when the stamp was issued, the control number indicates this was one of the proofs that Harry New had made in 1929 before he left office and is therefore on wove paper rather than India. Harry New present to President Coolidge a set of die proofs for all the stamps that were issued during the Harding-Coolidge presidencies, interestingly most of the proofs from this set were original approval proofs prior to the issue of the stamps, the proof offered here is one of the exceptions that apparently was needed to fill out the set.