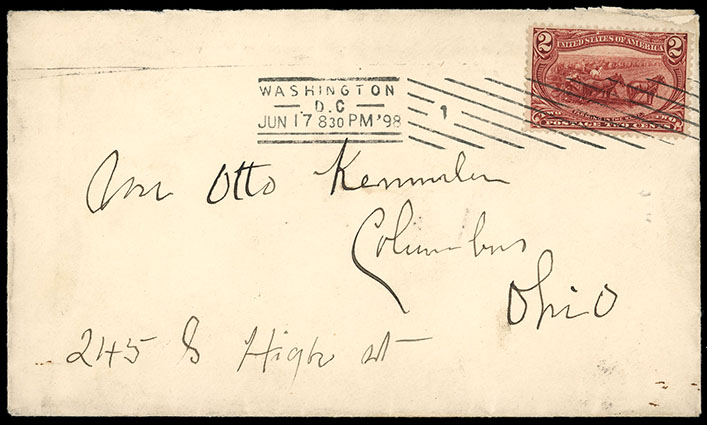 Henry Scheuer has estimated that approximately twelve to twenty 2¢ Trans-Mississippi First Day Covers are known, plus an additional three covers with the 2¢ used with other denominations. A previous owner once had included a note reading…"In 1994 I found this cover in a shoe box of old covers all addressed to or from Otto Kemmler. With this cover, folded to fit inside the cover was the P.O. Announcement about the release of the Trans-Mississippi Stamps. I believe this cover was used by the PO to mail a set of Trans-M. stamps (see manuscript marks on reverse of stamps types) of envelope to Mr. Kemmler and the announcement was used to protect the stamps inside the envelope".