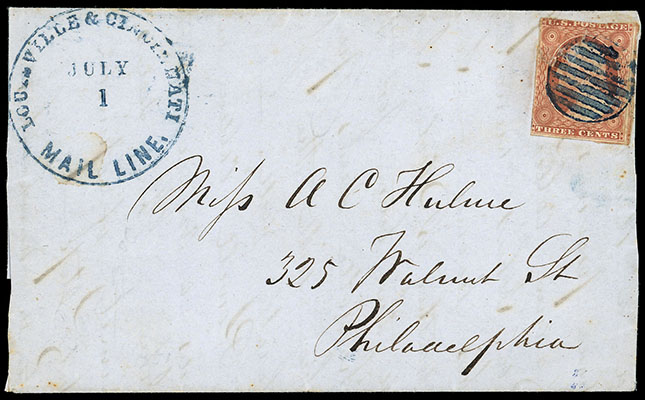 THE ONLY RECORDED FIRST DAY COVER OF THE 1851 3¢ ORANGE BROWN WITH A ROUTE AGENT MARKING.

In his census in the 1851 Sesquicentennial book, Wilson Hulme records a total of 43 covers used on first day of July 1, 1851. This is the only on-cover example recorded with a route agent marking, with all other examples originating in cities.