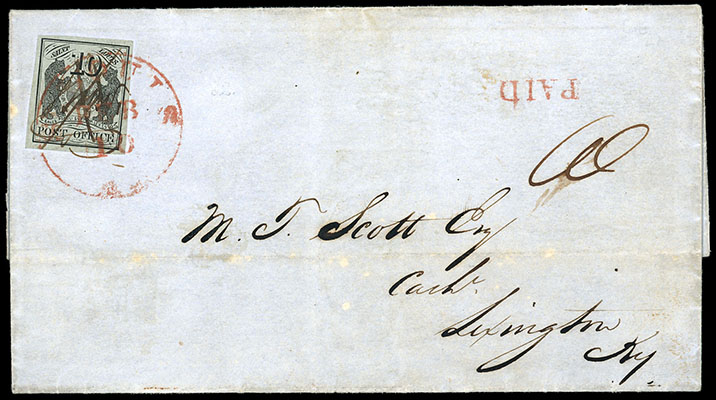 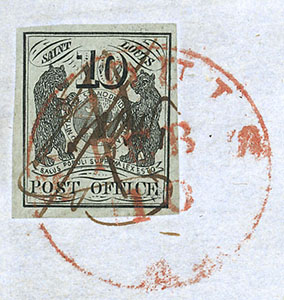 THIS IS THE UNIQUE EXAMPLE SHOWING POSTMASTER JOHN M. WIMER INITIALS ON A ST. LOUIS BEAR PROVISIONAL. NO OTHER VALUES, ON OR OFF COVER, ARE KNOWN SHOWING THE POSTMASTER'S INITIALS.

John M. Wimer was the postmaster who issued the 5¢, 10¢ and 20¢ Bear, who also served the city as Alderman and Mayor. The plate of six subjects was engraved by J.M. Kerhsap, proprietor of the Western Card and Seal Company of St. Louis. The design of the stamps - the Missouri coat of arms held by bears at each side - was based on the Great Seal of Missouri. The seal was designed by William G. Pettus, who chose bears as a symbol of Missouri citizens' rugged durability.
https://www.rumseyauctions.com/