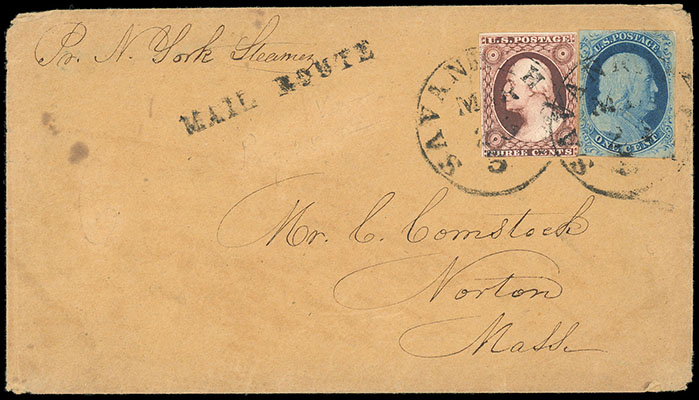 ONE OF ONLY EIGHT RECORDED SAVANNAH "MAIL ROUTE" COVERS THAT WAS STRUCK IN BLACK ON PREPAID COVERS.

It had been proposed that the stamp was applied at Savannah as a Way Letter mark. This cover confirms this with the additional 1¢ prepaying the way fee.