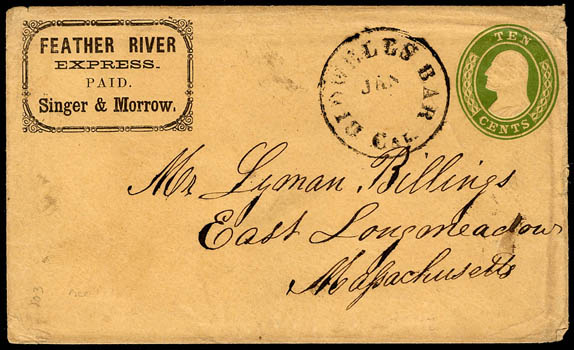 The Singer & Morrow Feather River Express was one of five expresses operated by colorful Capt. William E. Singer over a seven-year period. All of Singer's expresses carried mail between the Feather River mining camps and the base town of Marysville. In late 1855 Singer became partners with Thomas H. Morrow, forming the Singer & Morrow company, but in 1857 the partnership dissolved after Morrow proved to be an unreliable, if not crooked, partner. Singer then went into business with Emerson E. Meek, but within a year Singer, Meek & Co. sold out to Everts and Whiting.