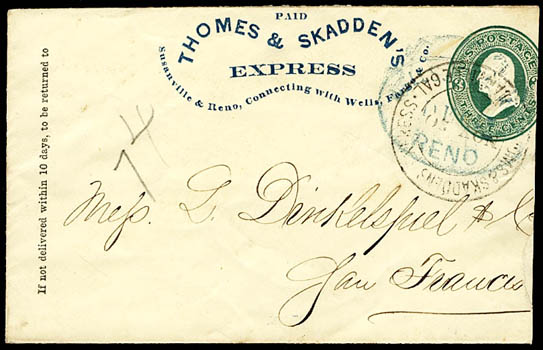 A rare frank, from 1870 to 1874 Thomes & Skadden operated their express between Susanville (whose first residents thought they were in Utah, then Nevada) and Reno, connecting with Wells, Fargo & Co.