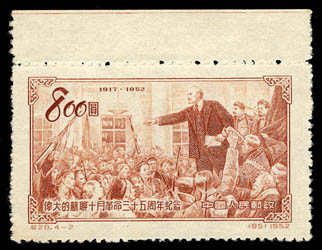 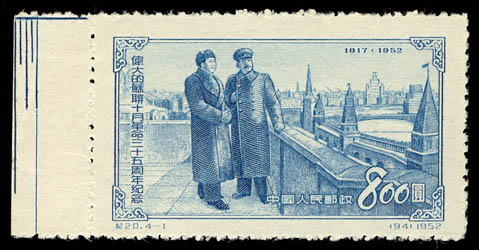 Stamps in same designs with two additional characters meaning "Soviet" in the single-line Chinese inscription, and in different colors, were unofficially released at several small post offices in Hunan, Fukien and Canton areas in February, 1953, but were withdrawn after only a small number had been sold.