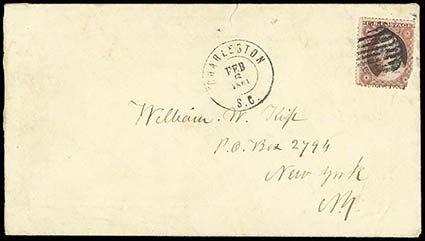 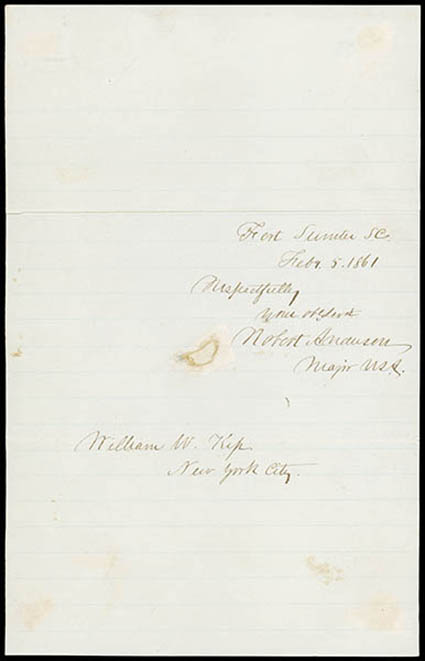 A RARE AUTOGRAPHED LETTER AND COVER SENT BY MAJOR ROBERT ANDERSON DURING THE SIEGE OF FORT SUMTER.

On December 26, 1860, Major Robert Anderson of the U.S. Army surreptitiously moved his small command from the vulnerable Fort Moultrie on Sullivan's Island to Fort Sumter, a substantial fortress built on an island controlling the entrance of Charleston Harbor. An attempt by U.S. President James Buchanan to reinforce and resupply Anderson using the unarmed merchant ship Star of the West failed when it was fired upon by shore batteries on January 9, 1861. Mail exchange was stopped by the Confederates from Fort Sumter from January 1st to the 14th and resumed thereafter.
https://www.rumseyauctions.com/