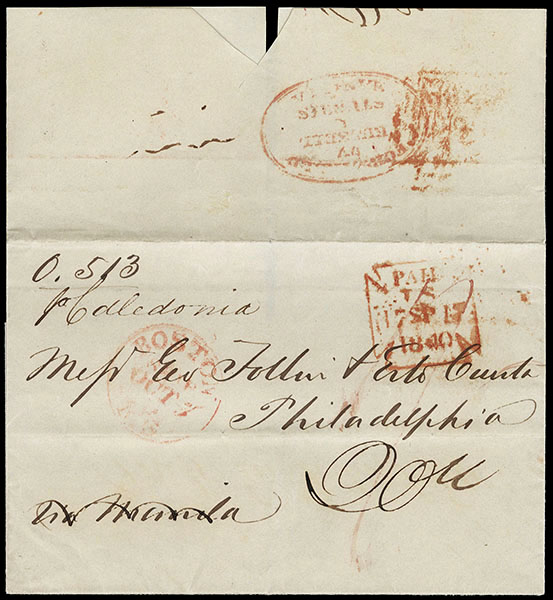 A REMARKABLE USE FROM CHINA VIA THE PHILIPPINES CARRIED ON THE MAIDEN VOYAGE OF THE CUNARD LINE "CALEDONIA".

Cunard was awarded a seven year contract to convey mails by steamship between Liverpool, Halifax and Boston, beginning on 1 July 1840. Twice-monthly sailings were required. This contract drove the Great Western Steamship Company out of business, and ensured British dominance of scheduled transatlantic mail service by steamship for most of the decade.

When the Cunard Line began steam service to Boston in 1840, delays in Philadelphia's British mails had shrunk dramatically. New York was less than a day away, Boston only two days.