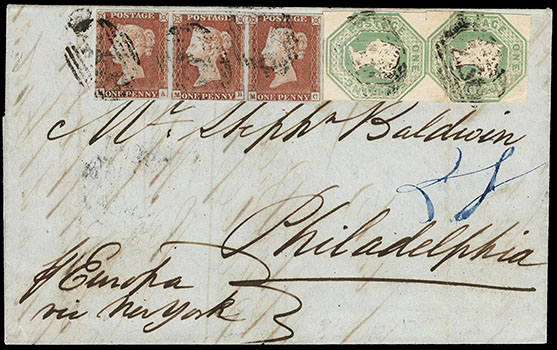 ONE OF ONLY FOUR COVERS RECORDED TO PHILADELPHIA AT THIS RATE.

The late fee for Liverpool was on an experimental basis and charged 1d for 15 minutes after the time of clearing the letter box and 3d after 15 minutes up to 10 minutes prior to the time of dispatch from sometime in 1847 to 1 March 1849, when this rate was put into effect in several towns.
https://www.rumseyauctions.com/