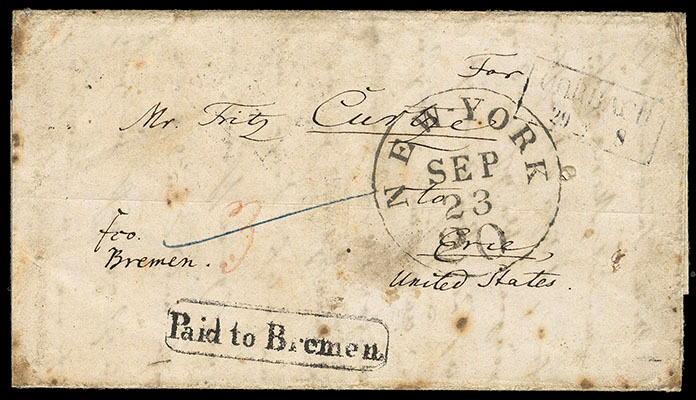 The boxed "Paid to Bremen" handstamp was struck at Bremen to show transit fees from Prussia to Bremen only were prepaid. Letter was unpaid from Bremen to destination. About a dozen examples of this marking have been recorded used from August 1849 to September 1865. Most mails were sent either full paid or unpaid, but not just paid to Bremen.