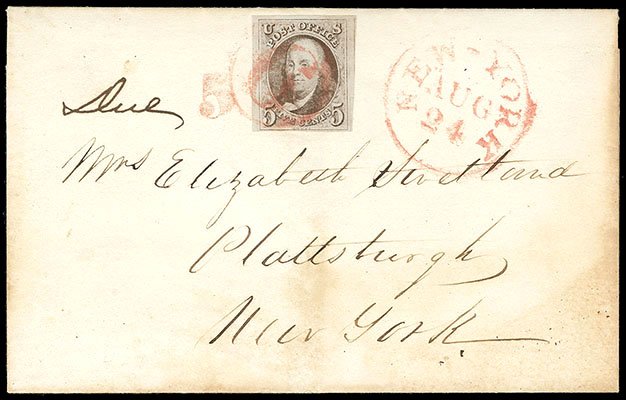 Plattsburgh is just over 300 miles from New York City, and therefore required 10¢ postage for the over 300 mile rate. The 5¢ stamp was accepted as partial payment and the cover was marked 5¢ due. A very unusual use with the "6" rate handstamp, which was normally used for inbound ship letters.