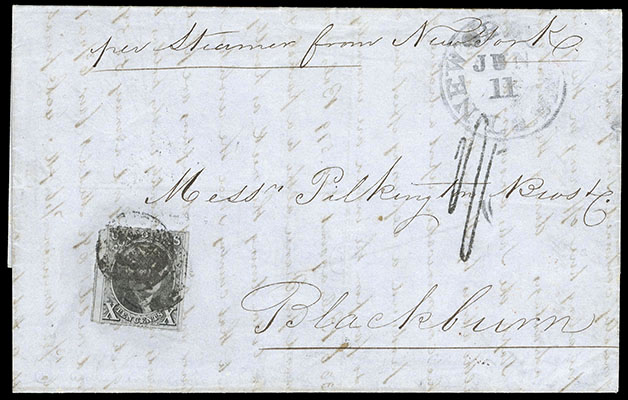 Sent aboard the Cunard "Acadia" departing New York on June 21st and arriving at Liverpool on July 5th. This is a pre-treaty usage to England paying the 10¢ domestic rate which are much scarcer then treaty letters which occurred after February 21, 1849.