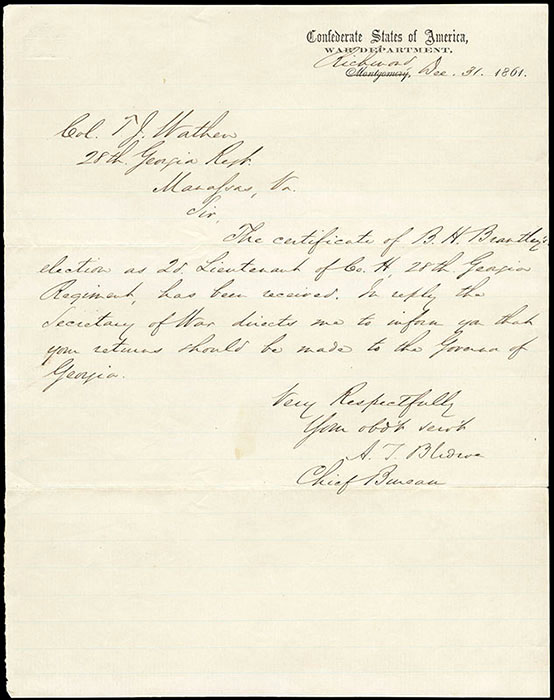 C.S.A. troop strength was steadily increased after July 21, 1861 as was the case with the 28th Georgia Regiment. A.T. Bledsoe was the Chief of Bureau for the War Department at Richmond (note Montgomery crossed out as first capital city).