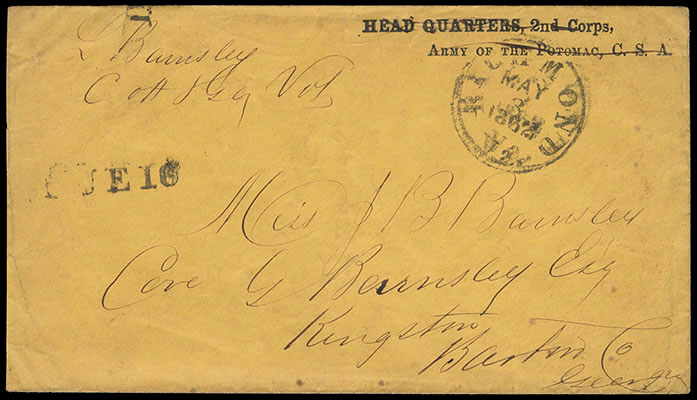 Francis S. Bartow, was Captain of the Oglethorpe Rifles, an infantry company in Savannah. A detail from this volunteer unit captured Ft. Pulaski and the company became part of the 8th Georgia. Bartow was elected the regiment's Colonel and joined Johnston's Army of the Shenandoah. He was killed leading the 2nd Brigade at 1st Bull Run on July 21, 1861.