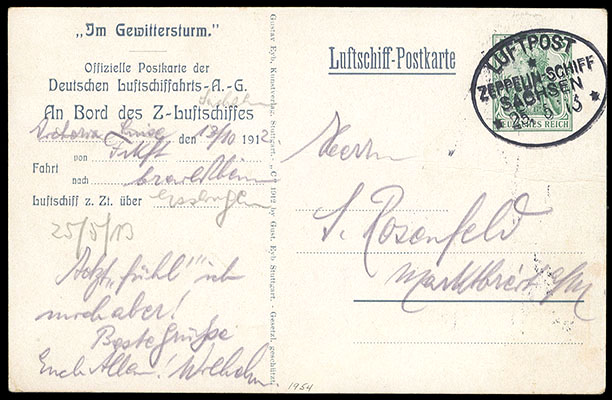 The card was originally prepared to be carried on the Viktoria Luise, however as this was a special flight for the National Flight Fund, only official Flight Fund cards were used. Thus the card was not dispatched until the following May when the sender added the word "Sachsen" with the proper date.