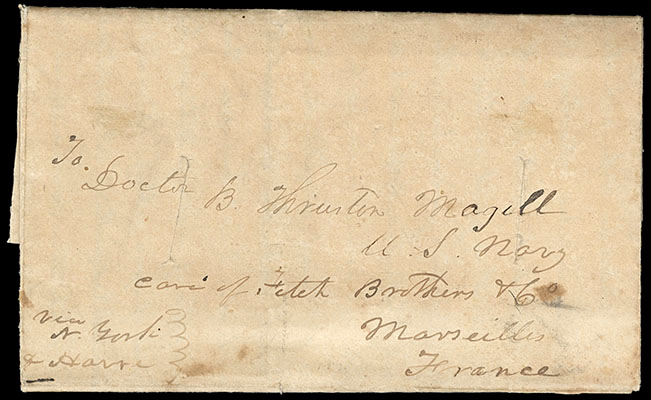 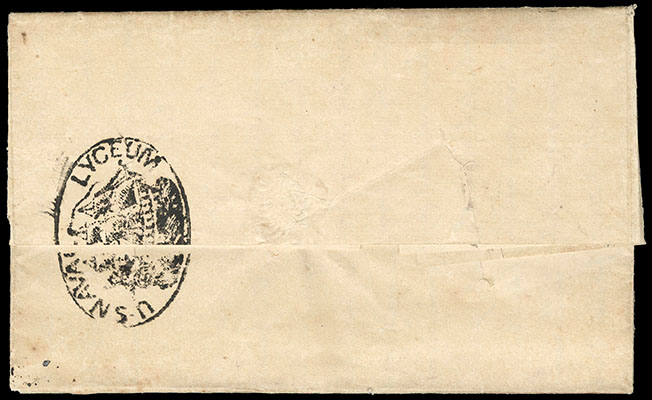 U.S. Naval Lyceum, illustrated Full Rigged Ship oval handstamp on folded letter to Dr. B. Thurston Magell, U.S. Navy, care of Fetch Brothers & Co., Marseilles, France, endorsed "Via N. York & Havre" at bottom left, carried privately to France, disinfection slits, long letter with some interesting content "…Mr. Gordon was expected any day & he arrived two days ago and goes again in the course of ten days to Texas & takes his wife and children with him. I can never expect to see my dear daughter and her interesting little ones again in this world. It will be a sore trial & trouble to me, to part with them, especially as report says the Indians are still committing great cruelties in parts of that country and are often very near Austin, where Mr. Gordon has settled and where he intends to take his family. Mr. Gordon will take this letter on to New York and put it into the Naval Lyceum…M.B. Mafill", F.-V.F.
Estimate    $200 - 300.