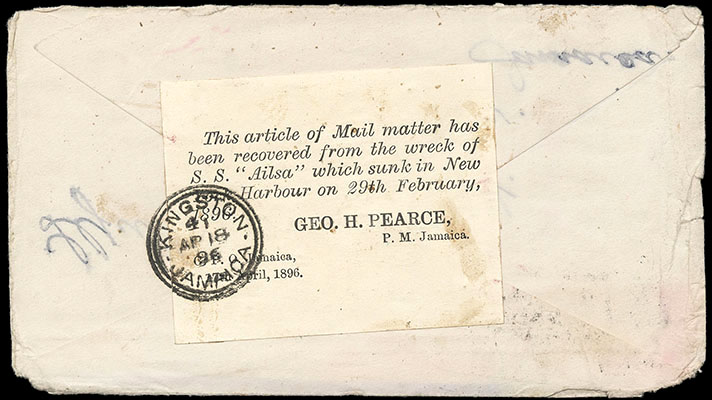 The Atlas steamer "Ailsa" of Glasgow was due to leave New York on 29th February for Jamaica and Port Limon. She was anchored in the harbor when the steamer La Bourgogne came into collision with her in a dense fog, cutting her almost halfway through. The mails were subsequently salvaged.