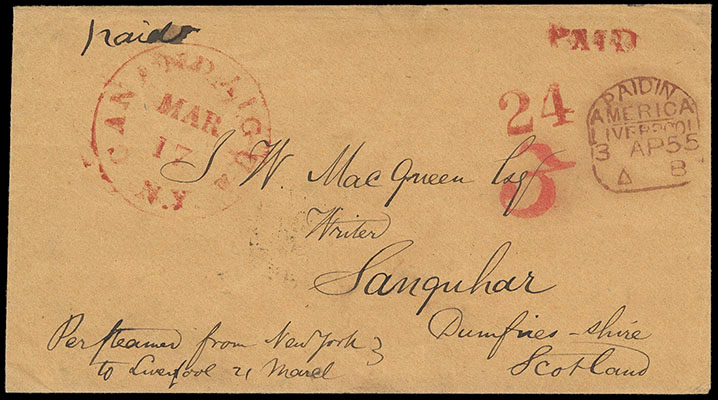 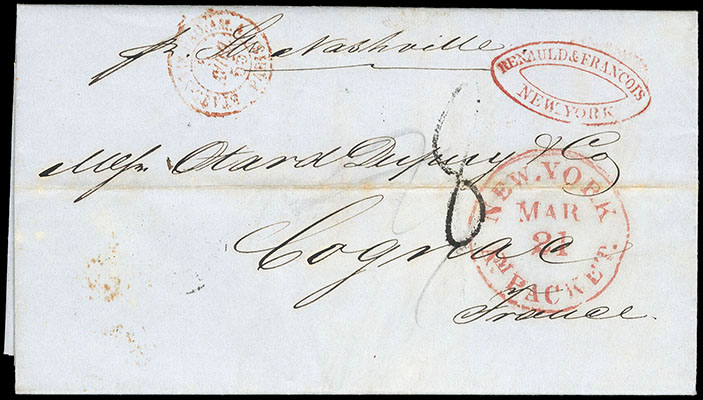 "Nashville" was chartered for a single voyage in place of the "Pacific", which had been lost at sea in late January.