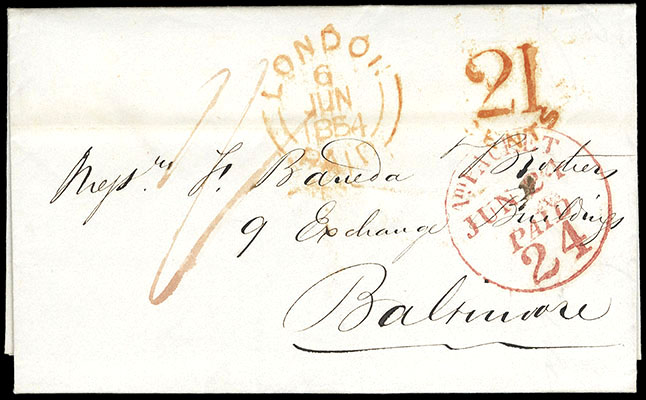 British mails were picked up and discharged off Cowes, Isle of Wight, in the Solent near Southampton. London applied 21¢ credit marking.