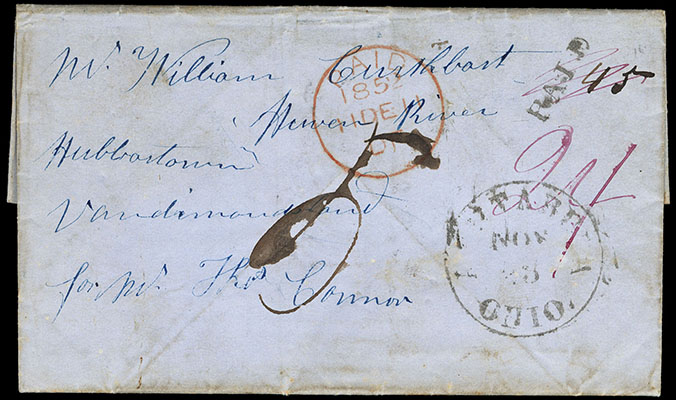 THIS WAS THE LAST ARM EASTBOUND CONTRACT SAILING - 129 DAYS FROM PLYMOUTH TO MELBOURNE FOR THE "ADELAIDE" RESULTED IN CANCELLATION OF THEIR CONTRACT - EVEN SAILING SHIPS WERE CONSISTENTLY FASTER.