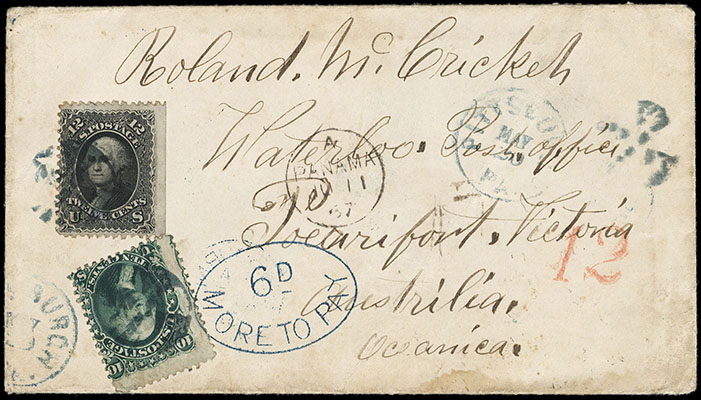 Mail by Panama Line to the Australian Colonies other than New South Wales was charged 6 pence upon arrival since they had not paid to be signatories on the mail contract. The "More to Pay" handstamp was introduced in 1866.