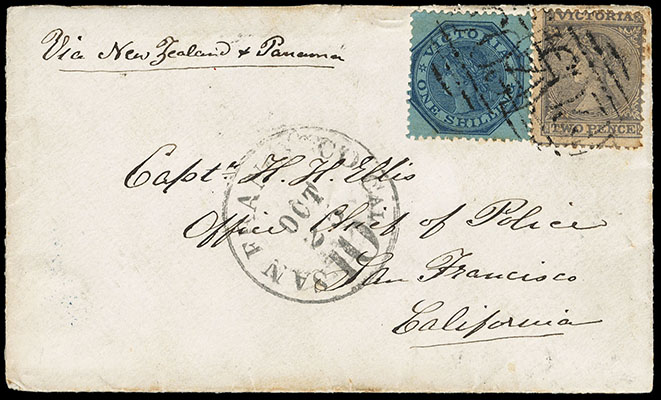 Victoria was not a signatory to the Panama Line contract and had a published rate of one shilling (Palmer book, p282). Cover is paid the via Southampton 1/2 rate but was sent on New Zealand's Panama Line, saving almost a month.