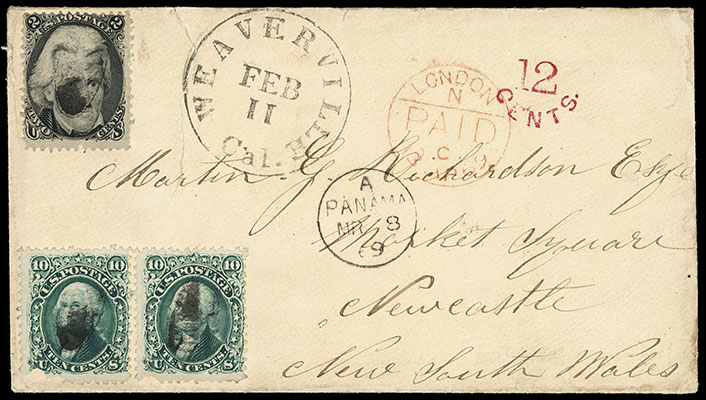 When this cover reached Panama City it was realized it could not be sent via the Pacific because New Zealand's Panama Line was discontinued. Cover was sent via the Atlantic. Had it been sent overland from San Francisco to New York on the almost completed transcontinental railroad it would have reached Australia more than a month earlier.