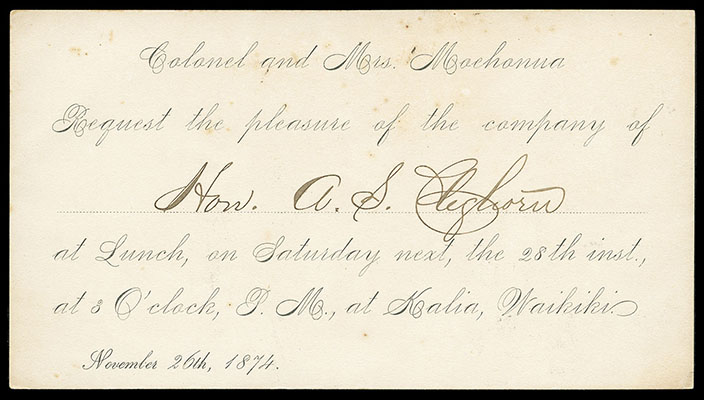 William Luther Moehonua in 1873 was given the rank of Major in the royal guard of King Lunalilo and later in command of 'Iolani Barracks. He was elected to the Legislature of the Hawaiian Kingdom of 1874 as a representative for Oahu. On April 27, 1874 he was promoted to rank of Colonel and then on October 31st, just before this luncheon, he was appointed Minister of the Interior.