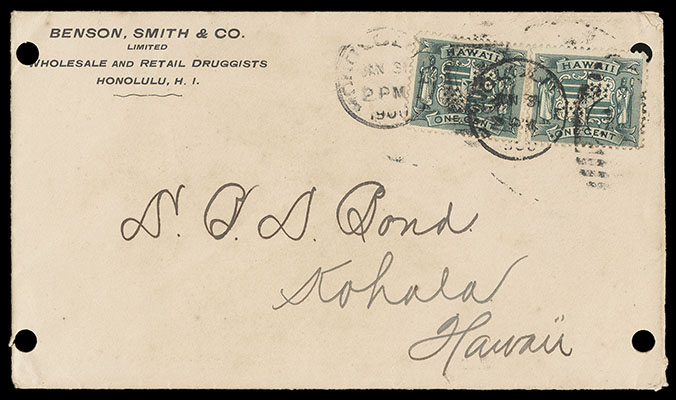 The bubonic plague has spread from Hong Kong to Hawaii in the latter part of 1899 and quickly broke out in Chinatown in Honolulu. Because of the outbreak, fumigation was required on all mail from December of 1899 until April 30, 1900.