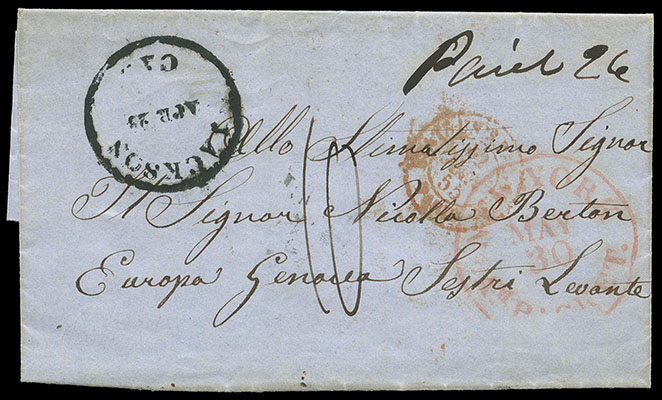 This first type handstamp postmark is known used between June of 1851 and July of 1852 when Jackson was in Calaveras county. This later usage in Amador, after Jackson saw two other postmark devices, is unlisted for this county.
https://www.rumseyauctions.com/