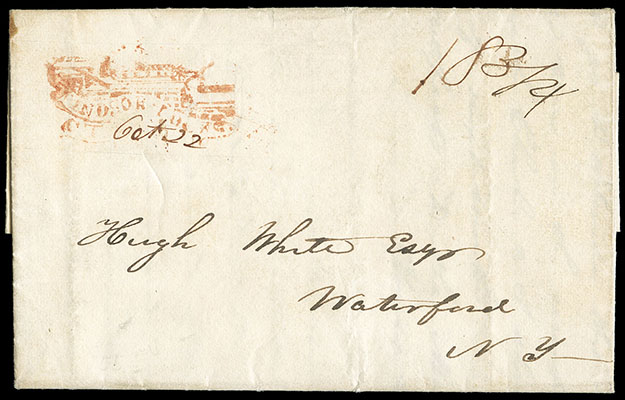 Alfred Smith, president of the Enfield Falls Canal Company, proposed to change the name of Pine Meadow to Windsor Locks. The Windsor Locks Post Office was opened in 1833 and was located in a store near a grist mill owned by Charles Haskell Dexter. He eventually was appointed first postmaster.